The gamblers love Allison Janney’s chances at the Oscars on Sunday. She’s sitting at a heavily favored, and bizarre, “3/19” odds in London.  Back here in Hollywood, she already appears to have a winner’s halo.

The “I, Tonya” star and her shine headlined two simultaneous parties at the Chateau Marmont in West Hollywood on Thursday night (March 1). 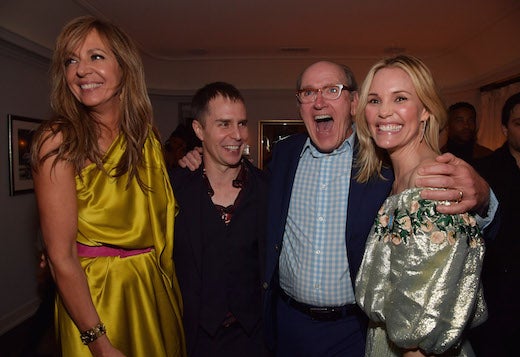 Downstairs in the library and courtyard, Cadillac threw its third annual pre-Oscars bash. Upstairs, the Gersh agency celebrated its nominees, including Janney and “Three Billboards” star Sam Rockwell, in the Penthouse.

After a long campaign season, it’s surprising that front-runner nominees would want to go out at all before the big show, especially for Janney who is a veteran of thirteen Emmy campaigns.

Then again, she’s a varsity celebrant. Check out this photo after her Globes win in January. 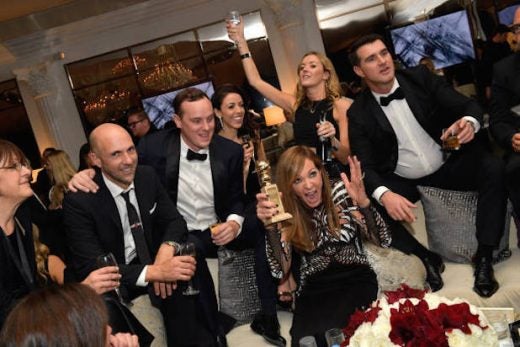 “It’s been one of the most extraordinary things I’ve ever been through in my life,” Janney said on the way in to the Cadillac party. “A lot of it has been preparing up to that moment, so that (Oscar Sunday) morning will be about being present.”

With or without any direct connection the Oscars, many industry faces also recognized that it’s all about being present. 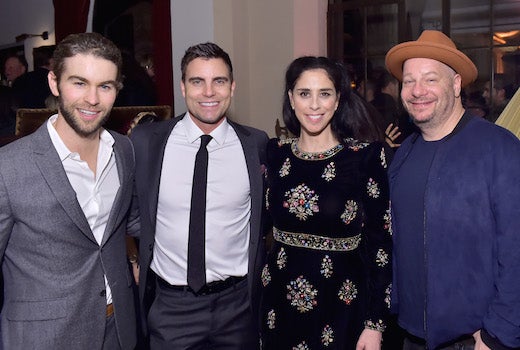 In the run up to Sunday’s show, The Party Report got a look at a Super Bowl-style commercial that Cadillac will air. It features iconic “future cars” from movies and TV, like the “Back to the Future” Delorean and the Jetson’s space ship. With that buzz and shuttling nominees around town all weekend, there was good cause to raise a glass.

While Joel McHale, Tiffany Haddish, and Aisha Tyler mixed with cocktails, crab cakes, and warm chocolate cookies on the unusually cold night, Janney darted upstairs to join her agency’s party in the penthouse. 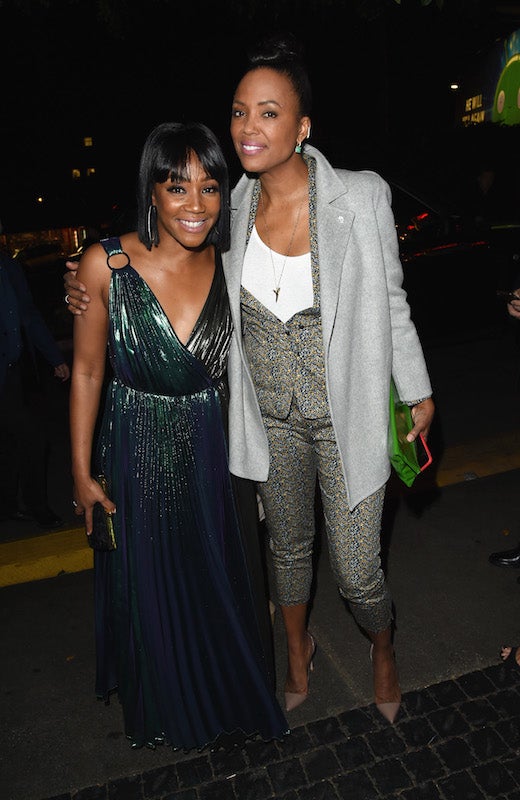 On top of the Chateau, fellow front-runner Rockwell, “Shape of Water” star Richard Jenkins, and Leslie Bibb toasted the season. Brad Pitt and his manager Cynthia Pett-Dante quietly slipped in to the event, a surprise on multiple levels. First, he’s a CAA client. Further, he actually took a photo. 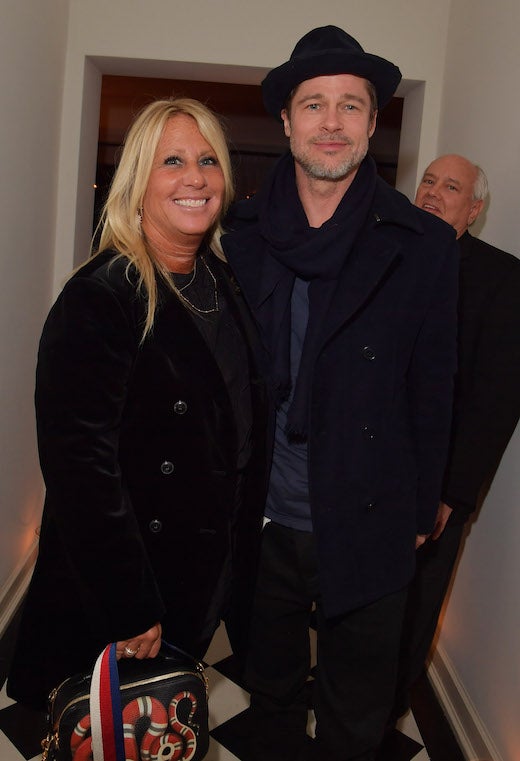 This photobomber should be banned from the Chateau for life. Manager Cynthia Pett-Dante and Brad Pitt at Gersh’s party in the Chateau penthouse, where Don Julio 1942 was the drink of choice. (Photo by Lester Cohen/Getty Images for Gersh)

In less cloistered news, chatter on the party circuit has picked up about a possible Jay-Z party in the parking garage of the Chateau Marmont on Sunday night. With Vanity Fair’s party switching stewards due to party founder and host Graydon Carter’s retirement, there is an opening on Oscar night for a new “toughest ticket in town.” This would be it.

The Party Report has not been able to confirm Jay-Z’s plans as of this writing, but the gate to the Chateau garage was oddly pulled shut on Thursday night. Some even production types reported that a four-day load in was underway. Converting a parking garage in the private and hushed hotel is indeed “Big Pimpin’.” 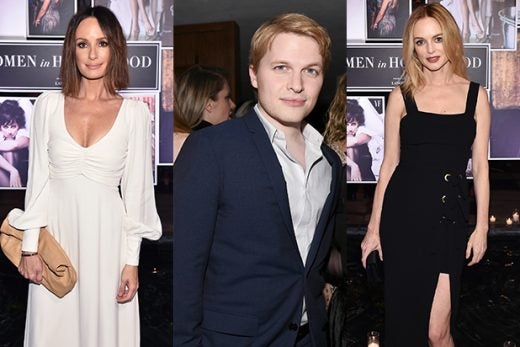 Meanwhile, leading women from all corners of the entertainment industry united for a Time’s Up benefit with Vanity Fair and Lancôme a mile west down Sunset at Soho House (above). 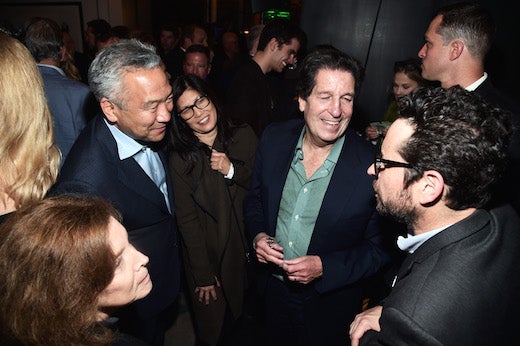 Also on hand at the routinely casual affair was Luke Skywalker himself, Mark Hamill, whose “Star Wars: The Last Jedi” scenes were largely filmed on the Emerald Isle. Abrams joked that honoree Hamill “will always be best known for his role as Kent Murray on ‘General Hospital.'” In accepting, Hamill noted the connection between the “Star Wars” franchise and Ireland.

In addition to filming “Star Wars” in Ireland, he noted that “The Force Awakens” will mean billions for the Irish economy, “not to mention encouraging countless ‘Star Wars’ nerds to make it a go-to destination.” 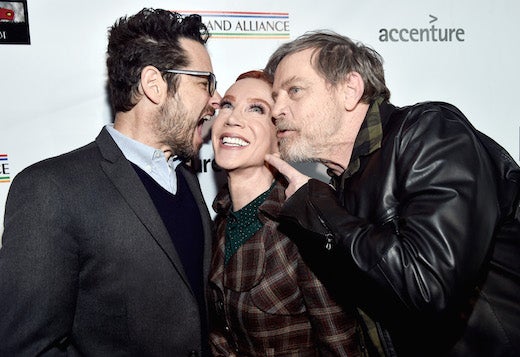 As of Friday afternoon however, almost nothing is a go-to destination.  It’s 54 degrees and pouring raining in Los Angeles, and the weather will likely thrash Friday night’s slate of Oscar gatherings, and anyone who didn’t book a tent weeks ago is finished. (Women In Film planned ahead for their tented bash at Crustacean and began loading in late Thursday night.)

The Brits are slated to gather in the Consul General’s backyard which should be a mud slog, but this is standard operating procedure for them.

The host sent a note to guests earlier: “As with any British event, we are fully prepared for any potential inclement weather!”