Every year, the challenge is there —  but never is the need greater: 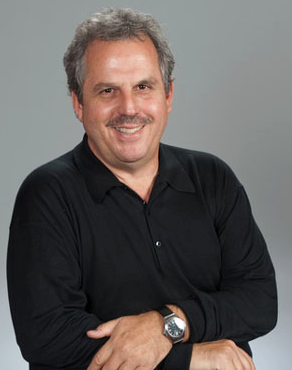 How in hell can they make the Oscar telecast exciting?

On Thursday, as co-Producer Bill Mechanic was busy overseeing the first technical run-through, he told Waxword he was finally getting optimistic.

“This has a chance of being something exceptional, as opposed to just good,” he said. “This is gorgeous, but in a really fun, funny, emotional way. I think it will be very emotional.”

How so, I wondered?

“We approached the show a different way,” he said, declining to tell me anything specific.

Well, we did get a few things out of him about the March 7 show.

Did you hear Alec Baldwin and Steve Martin were hosting? Oh, you knew that part.

The show will be “more mobile,” said Mechanic, who is co-producing with Adam Shankman. He specifies he doesn’t mean "mobile" as in texting up to the podium.

Two bywords are guiding the plans – “interconnectivity” (can’t this just be “connectivity”? what does the ‘inter’ thing add?), with one moment leading naturally to another, and “organic.”

Said Mechanic: “Nothing in the show won’t feel organic.”

Everyone presumes that Shankman (“Hairspray”) will make this a musical extravaganza night.

Not so, says Mechanic. There will be a “couple” of musical numbers, but nothing like the show-stopper last year that had Beyonce and Hugh Jackman in full Moulin Rouge regalia. (I’m guessing they decided that that was not “organic.”)

The producers were looking to create emotional moments, similar to when previous Oscar winners in the acting categories reached out to the nominees in that category, in a passing-of-the-torch drama (Sophia Loren, Meryl Streep).

But it won’t be that. “We’re not redoing that, but that’s the kind of thing we’d look for,” said Mechanic. “It was really true when Bobby De Niro did that for Sean Penn.”

That kind of thing — but not that.

Ooh – drama. In a year when most people think “The Hurt Locker” is a foregone conclusion to win it, I’m glad to know the producers are thinking about how to add some suspense.