The executive producer of the "Countdown to the Oscars 2010" pre-show will be a man with a long history at the Academy Awards, albeit a history that had ended more than a dozen years ago.

Oscar show producers Bill Mechanic and Adam Shankman have named Jeff Margolis executive producer of the red carpet arrivals show.  Margolis, a veteran television director and producer who for the past 12 years has overseen the Screen Actors Guild Awards, directed the Academy Awards show for eight consecutive years, beginning in 1989.

His first Oscar experience came on the legendarily disastrous Oscars produced by Allan Carr, the show that included a 12-minute opening number in which Rob Lowe sang "Proud Mary" with an actress dressed, without Disney’s permission, as Snow White.  When producer Gil Cates overhauled the Oscar show in the aftermath of Carr’s fiasco, he kept Margolis on board, and the director helmed the first four Billy Crystal-hosted Oscar shows, plus David Letterman’s widely-panned show and two from Whoopi Goldberg. 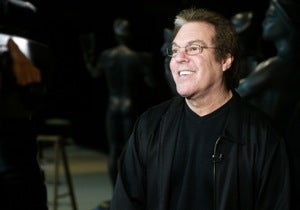 Margolis dealt with huge dance numbers (including one in which Shankman performed), missing envelopes, a Madonna meltdown, and Oscar-night triumphs for everything from "Unforgiven" to "Schindler’s List."   He won one Emmy for directing the Oscars, was nominated for five others, and took home two DGA Awards for the show as well.  He was deeply hurt when Cates hired Louis J. Horvitz to direct the Oscar show in 1997, and told me a few years ago that he always held out hope of one day returning to the Oscars.

JEFF MARGOLIS TO EXECUTIVE PRODUCE “COUNTDOWN TO THE OSCARS® 2010”

“We’re proud to claim one of the legends of the industry is taking charge of the Oscar pre-show,” said Mechanic. “We expect it to be brilliant,” added Shankman.

Margolis is an award-winning producer-director with three decades of experience in crafting more than 100 television events. For 12 years, he has executive produced the “Screen Actors Guild Awards,” directing the show for the past four. Margolis has been nominated for eight Emmy® Awards, six for directing Academy Awards telecasts; he took the Emmy home in 1995 for his work on the 67th Academy Awards telecast. He also won Directors Guild Awards for helming the 62nd and 65th Academy Awards. His other credits include more than 20 “American Music Awards,” “Academy of Country Music Awards,” “Motown 45,” “CBS… 50 Years from Television City,” “Michael Jackson One Night Only,” “Sammy Davis, Jr.’s 60th Anniversary Celebration,” for which he won an Emmy as a co-producer, and “Richard Pryor Live in Concert.”

The 82nd Academy Awards nominations will be announced on Tuesday, February 2, 2010, at 5:30 a.m. PT in the Academy’s Samuel Goldwyn Theater.