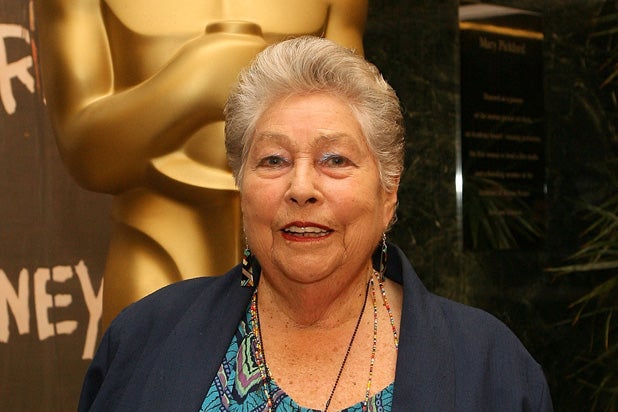 Oscar-winning film editor Anne V. Coates, best known for her work on the 1962 epic “Lawrence of Arabia,”  has died at 92.

The British Academy of Film and Television Arts shared news of her death on Wednesday.

The English-born editor took home the Academy Award for Best Film Editing in 1963 for her work on the David Lean-directed desert odyssey. She was nominated for an Academy Award four more times in her career, for her work on “Becket” in 1964, David Lynch’s The Elephant Man” in 1980, “Out of Sight” in 1988, and “In the Line of Fire” in 1993.

We're so sad to learn that British film editor Anne V. Coates has died. During her incredible career, Anne was BAFTA-nominated four times for work including The Elephant Man and Erin Brockovich, and received the BAFTA Fellowship in 2007. She will be greatly missed. pic.twitter.com/O2rrtBcs99

Other notable credits include 1965’s “Young Cassidy,” 1968’s “The Bofors Fun” 1974’s “Murder on the Orient Express” and 2000’s “Erin Brockovich.” Most recently, she worked on 2015’s “Fifty Shades of Grey.”
Coates was born in southeast England in 1925, and began her career editing short films for church tours. She later became an assistant film editor at London’s Pinewood Studios. Coates grabbed her first editing credit for “The Pickwick Papers” in 1952.

BAFTA awarded Coates with its Academy Fellowship, its highest honor, in 2007. Coates went on to become the second editor to ever win a career achievement award from the Los Angeles Film Critics Association in early 2016.
“In a way, I’ve never looked at myself as a woman in the business,” Coates told FilmSound.org in 2000. “I’ve just looked at myself as an editor. I mean, I’m sure I’ve been turned down because I’m a woman, but then other times I’ve been used because they wanted a woman editor.
“I just think, ‘I’m an editor,’ and I never expected to get paid less because I was a woman. I grew up with three brothers, and I never thought I would get paid less for anything than they did.”

Coates was married for several years to director Douglas Hickox. She was survived by her three children, sons Anthony and James Hickox, and her daughter, Emma Hickox-Burford —  all of which followed Coates into the film business.