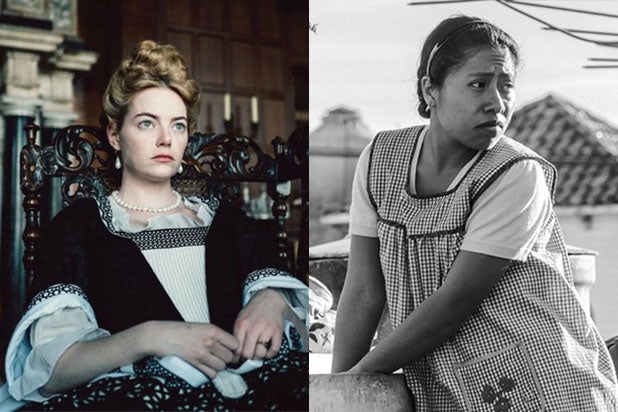 “The Favourite” and “Roma” led the 2019 Oscar nominations with 10 nods each, including Best Picture, on Tuesday morning.

“Black Panther” is the first comic book-based film to earn a Best Picture nomination. Another cool record: “Roma” has tied the record of 10 nominations held by “Crouching Tiger, Hidden Dragon” from 2000 for the most nominations received by a foreign language film, and it is also the fifth film to be nominated in both the Best Foreign Language Film and Best Picture categories. In the acting categories, eight are first-time nominees.

See Photos: Every Black Director Nominated for an Oscar, From John Singleton to Spike Lee

Oscars 2019: We Predict the Nominations in All 24 Categories (Photos)

Our predictions, in order of likelihood, in all two dozen Oscar categories.