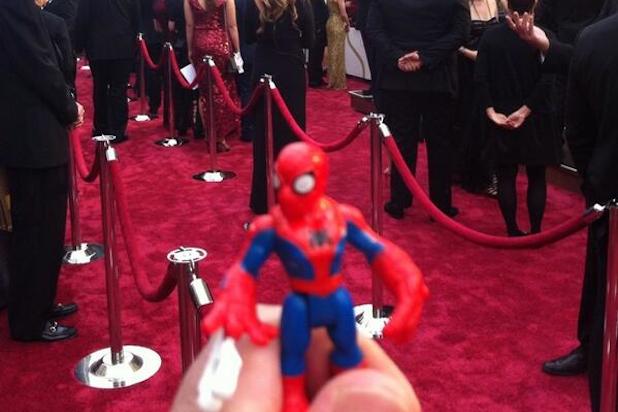 Never one to miss a primo promotional opportunity, “The Amazing Spider-Man 2” director Marc Webb made sure his favorite superhero got around on the red carpet.

Webb appears to have brought a small Spider action figure as his plus-one to the Academy Awards, tweeting multiple photos of Sony’s superhero enjoying himself on the red carpet.

Webb had to take drastic measures to ensure that “Spider-Man” got the same coverage as Marvel’s superheroes, with Disney-owned ABC offering “Guardians of the Galaxy” trivia during its Oscar pre-show.

“The Amazing Spider-Man” received plenty of attention worldwide when Sony enlisted approximately 400 promotional partners to aid in the marketing of its franchise reboot, though the Academy Awards represents a significant global stage — so props to Webb for taking advantage of it in a clever way.

Sony will release “The Amazing Spider-Man 2” on May 2.