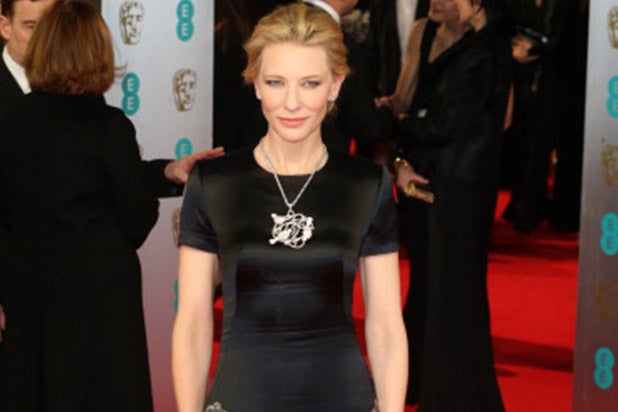 The Oscar-winner expressed hope that the success of “Blue Jasmine” and films starring fellow nominees Sandra Bullock (“Gravity”) and Amy Adams (“American Hustle”) would break the myth that “female films with women at the center are niche experiences.”

“They are not,” Blanchett said. “Audiences want to see them. In fact, they earn money.”

To her point, “Blue Jasmine” grossed $98 million worldwide, while “Gravity” has taken in $704 million — and that’s to say nothing of franchises like ‘The Hunger Games” and “Twilight.”

Blanchett’s wry wit was not just reserved for male-dominated Hollywood. She labeled the Oscars “random and subjective” while praising everyone else in her category. She said Amy Adams “blew my mind” and added that she could watch Bullock’s performance “to the end of time.”

With men in the executive suites and behind the camera, Hollywood has long favored one gender.There have been marginal improvements, but Blanchett’s speech is the latest reminder of how far we have to go.