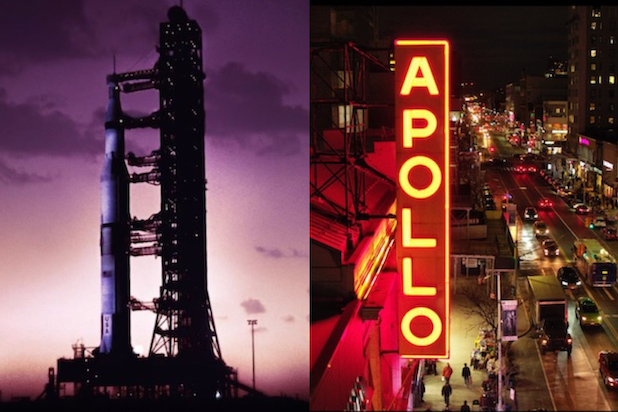 A total of 159 documentary features have qualified in the Oscars’ Best Documentary Feature category, the Academy announced on Tuesday.

All of the films are now available to members of the Documentary Branch to stream on the Academy’s secure members website. The films have been placed there over the last six months, with 23 added to the site in June, 24 in July, 26 in August, 19 in September and 62 in October and only five in November.

Each member is randomly assigned 20% of the films as mandatory viewing but is free to see any additional films beyond those that are assigned. A preliminary round of voting will produce a 15-film shortlist, with a second-round narrowing those 15 to the five nominees.

This year is not as big a year for documentaries as 2018, in which a record five separate nonfiction films topped the $10 million mark at the box office and landed among the Top 30 all-time moneymakers for documentaries.

This year’s top-grossing film doc is “Apollo 11,” which has topped $9 million and has also done well in early awards and nominations. Other notable films in the race this year include “The Apollo,” “The Biggest Little Farm,” “The Cave,” “Diego Maradona,” “The Edge of Democracy,” “For Sama,” “Honeyland,” “The Kingmaker,” “Knock Down the House,” “Maiden,” “One Child Nation,” “Sea of Shadows,” “Where’s My Roy Cohn?” and Bruce Springsteen’s directorial debut, “Western Stars” (which he co-directed by Thom Zimny).

Voting for the shortlist will end on Dec. 10.

The complete list of qualifying films:
“Advocate”
“After Parkland”
“The All-Americans”
“Always in Season”
“The Amazing Johnathan Documentary”
“American Dharma”
“American Factory”
“American Relapse”
“Angels Are Made of Light”
“The Apollo”
“Apollo 11”
“Aquarela”
“Ask Dr. Ruth”
“At the Heart of Gold: Inside the USA Gymnastics Scandal”
“Bethany Hamilton: Unstoppable”
“The Biggest Little Farm”
“The Black Godfather”
“Blink of an Eye”
“Blowin’ Up”
“Blue Note Records: Beyond the Notes”
“The Boy Band Con: The Lou Pearlman Story”
“Bridges of Time”
“The Brink”
“Broken Dreams”
“The Bronx USA”
“Bruno Sammartino”
“Buddha in Africa”
“Call Me Intern”
“Carmine Street Guitars”
“The Cave”
“Chasing Einstein”
“Cinema Morocco”
“Citizen K”
“The Cold Blue”
“Cold Case Hammarskjold”
“Combat Obscura”
“The Cordillera of Dreams”
“Cracked Up”
“Cunningham”
“David Crosby: Remember My Name”
“Debut”
“Diego Maradona”
“The Disappearance of My Mother”
“Don’t Be Nice”
“Echo in the Canyon”
“The Edge of Democracy”
“The Elephant Queen”
“Emanuel”
“Ernie & Joe: Crisis Cops”
“Fantastic Fungi”
“#Female Pleasure”
“Fiddler: A Miracle of Miracles”
“Fiddlin'”
“Finding Farideh”
“Finding the Way Home”
“5B”
“For Sama”
“For the Birds”
“Foster”
“The Fourth Kingdom. The Kingdom of Plastics”
“Framing John DeLorean”
“Fyre: The Greatest Party That Never Happened”
“The Game Changers”
“Gay Chorus Deep South”
“Gaza”
“Ghost Fleet”
“The Gift: The Journey of Johnny Cash”
“The Gospel of Eureka”
“The Great Hack”
“Hail Satan?”
“Halston”
“Hate among Us”
“Heading Home: The Tale of Team Israel”
“Heimat Is a Space in Time”
“Hesburgh”
“Honeyland”
“Hope Frozen”
“The Hottest August”
“Humberto Mauro”
“I Had a Dream”
“Immortal”
“The Inventor: Out for Blood in Silicon Valley”
“It’s a Hard Truth Ain’t It”
“Janani’s Juliet”
“Jawline”
“Jay Myself”
“Jim Allison: Breakthrough”
“Joseph Pulitzer: Voice of the People”
“The Kingmaker”
“Knock Down the House”
“Letter to the Editor”
“Liberty: Mother of Exiles”
“Linda Ronstadt: The Sound of My Voice”
“Love, Antosha”
“M for Malaysia”
“Maiden”
“Making Waves: The Art of Cinematic Sound”
“Marianne & Leonard: Words of Love”
“Meeting Gorbachev”
“Midnight Family”
“Midnight Traveler”
“Mike Wallace Is Here”
“Miles Davis: Birth of the Cool”
“Moonlight Sonata: Deafness in Three Movements”
“The Most Dangerous Year”
“Mosul”
“Moti Bagh”
“My Home India”
“My Name Is Daniel”
“On the President’s Orders”
“One Child Nation”
“Pavarotti”
“The Proposal”
“Prosecuting Evil: The Extraordinary World of Ben Ferencz”
“Q Ball”
“The Quiet One”
“Raise Hell: The Life and Times of Molly Ivins”
“Reason/Vivek”
“Recorder: The Marion Stokes Project”
“Reinventing Rosalee”
“The Rememberer”
“The River and the Wall”
“Roll Red Roll”
“Rolling Thunder Revue: A Bob Dylan Story by Martin Scorsese”
“Running with Beto”
“The Russian Five”
“Satan & Adam”
“Scandalous”
“Sea of Shadows”
“Serendipity”
“The Serengeti Rules”
“Shooting the Mafia”
“16 Bars”
“16 Shots”
“The Spy behind Home Plate”
“Super Size Me 2: Holy Chicken”
“Talking about Trees”
“Tell Me Who I Am”
“Tesla Nation”
“This Changes Everything”
“This One’s for the Ladies”
“Tigerland”
“To Be of Service”
“Toni Morrison: The Pieces I Am”
“True Justice: Bryan Stevenson’s Fight for Equality”
“A Tuba to Cuba”
“Walking on Water”
“Watson”
“Western Stars”
“What She Said: The Art of Pauline Kael”
“What You Gonna Do When the World’s on Fire?”
“When Lambs Become Lions”
“When Tomatoes Met Wagner”
“Where’s My Roy Cohn?”
“Who Will Write Our History”
“Woodstock: Three Days That Defined a Generation”
“Wrestle”
“XY Chelsea”
“Ximei”