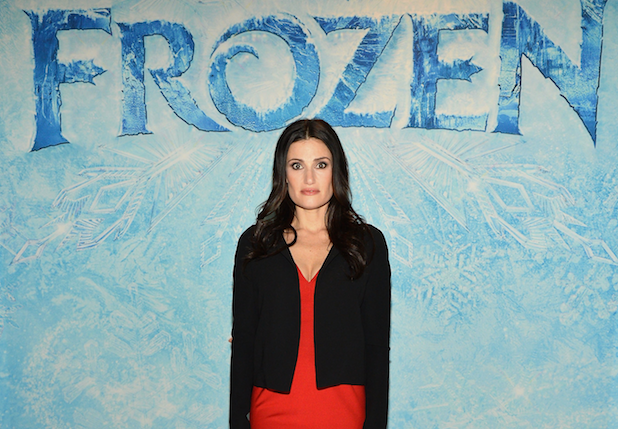 Idina Menzel will perform “Let it Go,” the Oscar-nominated anthem from “Frozen,” at the Academy Awards next month.

The Tony-winner joins a line-up of performers that includes Pharrell Williams, who will sing “Happy” from “Despicable Me 2” as part of the broadcast.  Both songs are among the four vying for a best original song trophy. The other nominees include  “Ordinary Love” from “Mandela: Long Walk to Freedom” and “The Moon Song” from “Her.”

“Alone Yet Not Alone,” the title track to an obscure Christian historical drama, was stripped of its nomination after its writer, Bruce Broughton, got in trouble for illegal campaigning tactics.

In the past, the Oscars have alternated between featuring performances from best song nominees, eschewing the numbers entirely or carving out time for a handful of performances, such as the ones given in 2013 by “Skyfall” chanteuse Adele and the “Les Miserables” cast.

The Oscars will be hosted by Ellen DeGeneres and will air on Sunday, March 2, live on ABC.

“Let it Go” was written by Kristen Anderson-Lopez and Robert Lopez. Menzel voices the character of the ice queen, Elsa, in the film. Menzel’s film roles include “Enchanted,” “Ask the Dust” and “Rent.” She won a Tony for starring in “Wicked” and appears on Broadway this spring in “If/Then.”