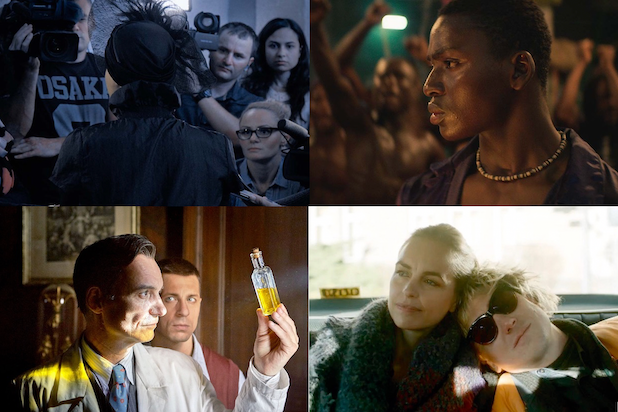 Clockwise from top left: "Collective," "Night of the Kings," "My Little Sister," "Charlatan"

This is the list of the films that have been submitted in the Oscars race for Best International Feature Film. Each country is permitted to enter a single film, as selected by an Academy-approved international board.

A spot on this list does not guarantee that a film will be eligible because entries have to be vetted by the Academy to make sure they qualify. (Last year, the requirement that a film have “a predominantly non-English dialogue track” knocked out two entries at the last minute.)

An asterisk indicates that TheWrap has seen the film. This list will be updated as additional films are submitted. Links to trailers are provided when those trailers are available.

ALBANIA
“Open Door”
Director: Florenc Papas
Albania has been submitting films to the Oscars since 1996 but has never been nominated or shortlisted. This year’s entry, “Open Door,” is a road movie in which two sisters journey to visit their traditionally-minded father in the mountains – and along the way, the pregnant but unmarried sister tries to persuade an old classmate to pose as her husband. It premiered at the 2019 Sarajevo Film Festival.
Subtitled trailer

ALGERIA
“Heliopolis”
Director: Djaafar Gacem
Algeria has a pretty good record at the Oscars, with five nominations and one win (for 1969’s “Z”) in its 21 previous entries. But it hasn’t received a nomination since 2010, a dry spell it’s hoping to end with this drama about a family in northeastern Algeria on Victory in Europe Day, the day Germany surrendered to end World War II in Europe. The film takes its title from the ancient name of the modern city of Guelma, where protesters and local residents were killed when they protested French colonial rule.
Very brief clip and still photos (no English or subtitles)

BHUTAN
“Lunana: A Yak in the Classroom”
Director: Pawo Choyning Dorji
A 2019 London Film Festival premiere that won the audience award at this year’s Palm Springs International Film Festival, “Lunana” is the first Bhutanese entry in 21 years, and only the country’s second submission ever, after “The Cup” in 1999. The film is about a city-bred schoolteacher and aspiring singer-songwriter who must spend a year teaching in a remote mountain town in the Himalayas (complete with, yes, a yak).
Subtitled trailer 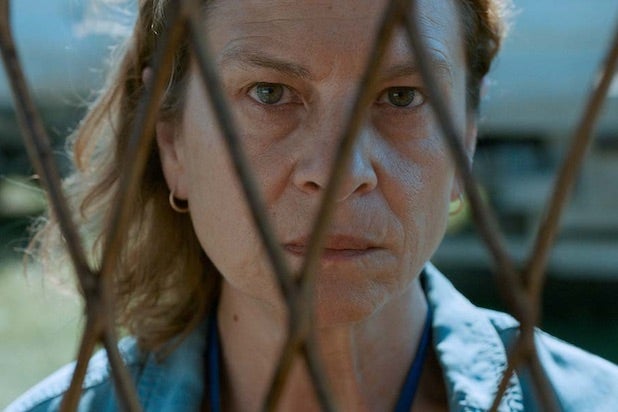 BOSNIA AND HERZEGOVINA
“Quo Vadis, Aida?”
Director: Jasmila Zbanic
“Quo Vadis, Aida?” is Jasmila Zbanic’s fifth narrative feature, and her second film to enter the Oscar race, after 2006’s “Grbavica: Land of My Dreams” — and like most of her films and most of Bosnia and Herzegovina’s Oscar entries, it deals with the war that ravaged the region in the 1990s. The drama is set in Srebrenica, site of the genocide of more than 8,000 men and boys during the Bosnian War in 1995, and centers on a United Nations translator in a camp besieged by the Serbian military.
Trailer (some English, no subtitles)

CROATIA
“Extracurricular”
Director: Ivan-Goran Vitez
In Ivan-Goran Vitez’s blackly satiric third feature, a divorced father shows up at his daughter’s school with a birthday cake and a rife, taking a class of 9-year-olds hostage because he thinks it’s the only way to spend time with her. The film explores a variety of social issues as corrupt politicians and journalists get involved with and try to capitalize on the crisis.
Conceptual trailer (no subtitles)

CZECH REPUBLIC
“Charlatan”
Director: Agnieszka Holland
Polish-born director Agnieszka Holland has represented Poland twice in the Oscar race, landing a nomination for 2011’s “In Darkness,” but this is the first time a film of hers has been submitted by the Czech Republic. Ivan Trojan stars as Jan Mikolasek, a Czech healer who used plant-based remedies successfully for years but was accused of being a fraud and eventually jailed after the 1957 death of the Czech president he had been treating. The film premiered at the Berlin Film Festival and was part of the lineup of the Telluride Film Festival, which did not take place.
Subtitled trailer

ECUADOR
“Emptiness”
Director: Paul Venegas
“Emptiness” deals with the migrant experience in a different context from which it’s usually seen. The film centers on a man and a woman from China who arrive in Ecuador with different goals but fall under the control of a local gangster.
Subtitled trailer 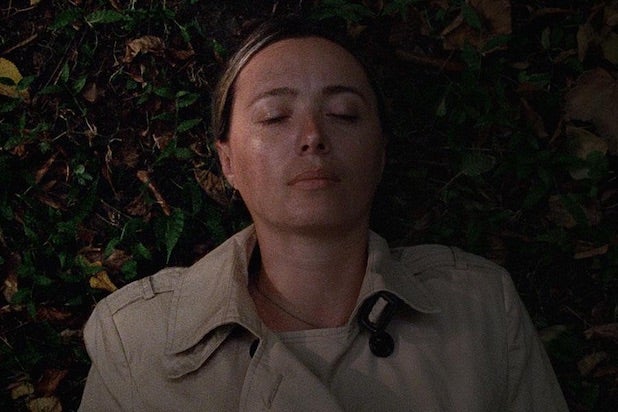 GEORGIA
“Beginning”*
Director: Dea Kulumbegashvili
Told in a series of achingly long, static takes, “Beginning” is an austere feature debut for director and co-writer Dea Kulumbegashvili. The film slowly and sometimes shockingly explores the desolate life of a former actress who has married the leader of a Jehovah’s Witness congregation in a remote and unwelcoming town. It was selected for the Cannes Film Festival, which didn’t take place, and won the FIPRESCI award in Toronto.
Subtitled film clip

GERMANY
“And Tomorrow the Entire World”
Director: Julia von Heinz
The rise of neo-Nazism across Germany is the backdrop for Julia von Heinz’s drama, in which Mala Emde plays a well-to-do young woman who joins a group of Antifa activists who must decide whether violence is justified in their struggle. The film premiered at this year’s Venice International Film Festival and won an ensemble acting award at the Chicago International Film Festival.
Subtitled trailer 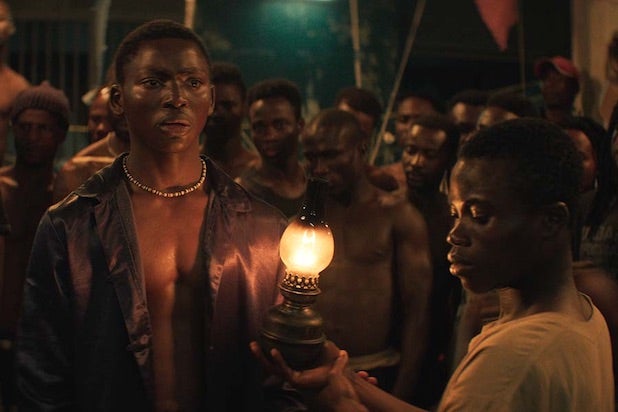 “Night of the Kings”

IVORY COAST
“Night of the Kings”*
Director: Philippe Lacote
The Ivory Coast has only submitted three films to the Oscars: Jean-Jacques Annaud’s “Black and White in Color,” which won in 1976, and two by Philippe Lacote, “Run” in 2015 and this drama, which premiered at the Venice Film Festival and also played in Toronto before landing a distribution deal with Neon. A tense drama with a touch of “Arabian Nights,” it is set in a brutal prison in Abidjan, where a young inmate is assigned the risky job of “storyteller” by an aging gangster who controls the prison but may be nearing the end of his reign.
Subtitled clip

KOSOVO
“Exile”
Director: Visar Morina
A Sundance premiere that also screened in Berlin and Sarajevo, “Exile” is another look at the immigrant experience. Its lead character is a pharmacologist who fled Kosovo and lives in Germany – but after he finds a dead rat hanging in the garden of the home, it becomes increasingly unclear if he’s being threatened because he’s a foreigner or if he’s imagining the threats. Misel Maticevic and “Toni Erdmann” actress Sandra Huller star.
Subtitled trailer

LUXEMBOURG
“River Tales”
Director: Julie Schroell
“River Tales” is the first documentary to be submitted in this year’s Oscar international race, and the second doc to be submitted by Luxembourg after 2016’s “Voices From Chernobyl.” The movie was filmed in Nicaragua, where a local teacher attempted to put on a play exploring the identity of the San Juan River and the people living on its banks.
Subtitled trailer

PALESTINE
“Gaza, Mon Amour”
Directors: Tarzan Nassar, Arab Nasser
Hiam Abbass and Salim Daw star in this Venice and Toronto Film Festival selection about a fisherman who can’t bring himself to tell a local woman he loves her until he finds a statue of the Greek god Apollo in his fishing net. The film won the NETPAC award in Toronto this year.
Subtitled film clip

PANAMA
“Causa Justa”
Directors: Luis Franco Brantley, Luis Pacheco
The short-lived U.S. invasion of Panama in late 1989 (“Operation Just Cause”), which was undertaken to depose and arrest dictator Manuel Noriega, is the focus of this drama. The film details the experiences of a number of people during the operation: a prostitute, an American businessman arrested as a spy, a military officer, a fisherman and a young pacifist.
Trailer (no subtitles) 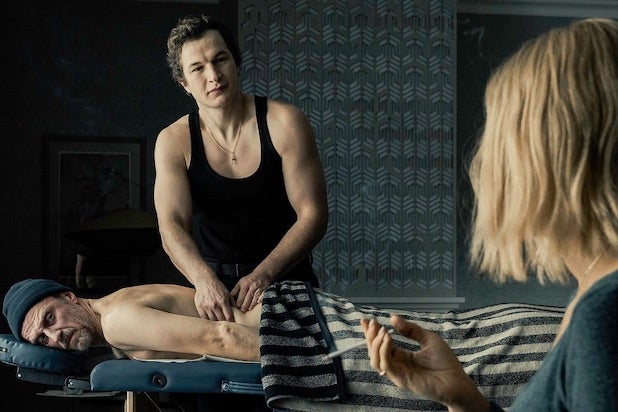 POLAND
“Never Gonna Snow Again”
Director: Malgorzata Szumowska and Michal Englert
Poland was the first country to announce its selection in this year’s international race, choosing the comedic drama “Never Gonna Snow Again” in early August, before the film’s premiere at the Venice Film Festival. “Stranger Things” actor Alec Utgoff stars as a Ukrainian masseuse who becomes a cult figure in the Polish community where his clients live. Poland is on a roll at the Oscars recently, with one win and three nominations in the last six years, including back-to-back noms for “Cold War” and “Corpus Christi.”
Subtitled trailer

ROMANIA
“Collective”*
Director: Alexander Nanau
“Collective” is the first documentary ever submitted by Romania, which has the most vital film industry of any country that has never been nominated in this category. Nanau follows a team of journalists who investigate a deadly nightclub fire and uncover a massive, wide-ranging scandal that reaches into the upper echelons of Romanian government.
Subtitled trailer 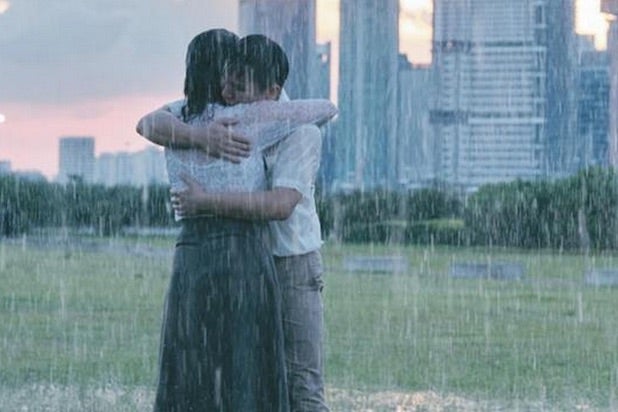 SINGAPORE
“Wet Season”
Director: Anthony Chen
“Wet Season” is the second feature film from Anthony Chen, who also represented Singapore in the Oscar race with his 2013 debut, “Ilo Ilo.” Yeo Yann Yann won the best-actress award at the 56th Golden Horse Awards for her restrained performance as a schoolteacher who is undervalued at work and going through marital problems and fertility issues at home.
Subtitled trailer

SOUTH KOREA
“The Man Standing Next”
Director: Woo Min-ho
The unenviable task of following Bong Joon Ho’s multiple Oscar winner “Parasite,” the first Korean film ever nominated, has fallen to this political drama by Woo Min-ho, who is representing the country in the race for the first time. The film is set in the 1970s in the final days of the reign of President Park Chung-hee, a military dictator who became embroiled in the “Koreagate” scandal.
Subtitled trailer

SWITZERLAND
“My Little Sister”*
Director: Stephanie Chuat and Veronique Reymond
A decade after their first feature, “The Little Bedroom,” was Switzerland’s Oscar entry in 2010, Stephanie Chuat and Veronique Reymond are once again representing the country with this understated but moving family drama that premiered at the Berlin International Film Festival in February. Nina Hoss and Lars Eidinger star as siblings, she a playwright with writer’s block and he an acclaimed actor who is dying of cancer.
Subtitled trailer 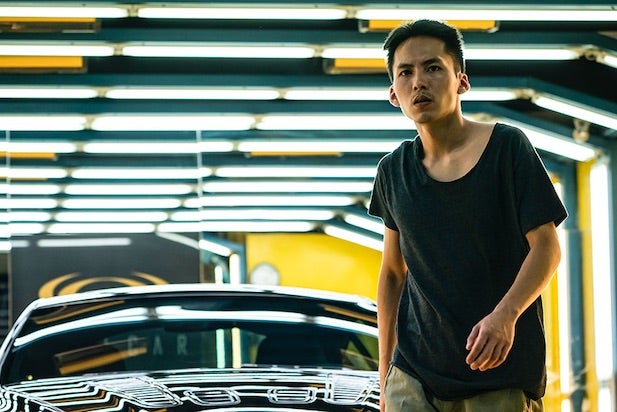 TAIWAN
“A Sun”*
Director: Chung Mong-hong
“A Sun” is the second of writer-director Chung Mong-hong’s five features to be Taiwan’s Oscar entry, after “Soul” in 2013. The film is an impressive two-and-a-half-hour epic about a family whose two sons, A-ho and A-hao, seem to be going in opposite directions in life; it’s intimate but also expansive, lyrical at times and shockingly brutal at others.
Subtitled trailer

UKRAINE
“Atlantis”
Director: Valentyn Vasyanovych
This dystopian drama, with clear echoes of George Orwell’s “1984,” is set in Eastern Ukraine five years in the future, when a war has left the landscape desolate and uninhabitable. Andriy Rymaruk plays a former soldier with PTSD, who falls into a relationship with a young woman as they work to exhume the corpses of people who didn’t get a proper burial during the war.
Film clip (no dialogue)