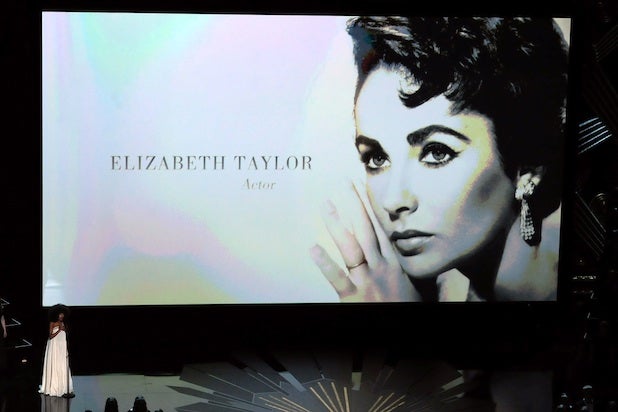 The annual “I See Dead People” montage at the Academy Awards, more properly known as the In Memoriam sequence, always causes problems for the Academy and the show’s producers. It always leads to second-guessing and outrage. It always involves tough decisions.

And this year, those decisions could be tougher than ever. Among the questions facing the Academy:

Do you revamp a no-doubt-completed In Memoriam sequence to add Harold Ramis, who died on Monday of Oscar week, or do you wait until next year to include him?

Is comic pioneer Sid Caesar too affiliated with TV to include, or does he belong on the Oscars?

Will you appear to be too frantically chasing young viewers if you include Cory Monteith, who became a star on TV but also made a couple of movies near the end of his life? You have to leave out more than two-thirds of the 100-plus Academy members who have died since the last Oscars show – but which ones?

Should they even try to add Sarah Jones, the crew member who was killed on the set of “Midnight Rider” last week and is the subject of an online petition to get her in the sequence?

How about the 27 deceased Oscar nominees and winners? If you include all of them in a sequence that normally includes about 30 people, how will you have time for all the other people who deserve inclusion?

Does anybody deserve a special tribute apart from the In Memoriam sequence?

And does Bette Midler sing “Wind Beneath My Wings” as the memorial sequence plays, or do you use her elsewhere in the show?

The decisions are particularly tough because the list of notable figures who have died since the last Oscar show includes two past presidents of the Academy, a producer who is tied for the most Best Picture wins of all time, an actor who holds the record with eight Best Actor nominations without a win, and the man whose name is on the theater in which the Oscars are held.

(That would be Fay Kanin and Tom Sherak, Saul Zaentz, Peter O’Toole and Ray Dolby.)

“It is a beloved segment, but I would much prefer we didn’t do it,” the Academy’s longtime (and now retired) executive director Bruce Davis told me years ago. “When you sit down to do the list, the last 15 or 20 cuts you make are people with substantial careers.

“You just feel like s— for days afterwards. And there is nothing you can say to somebody’s wife or daughter about why they didn’t make it into the sequence.”

On the Academy website, a page is devoted to members who have died in the last year; as of Tuesday morning, it contained 108 names.

Four of them served on the AMPAS Board of Governors, 27 were nominated for Oscars, and 15 won.

Here, from the Academy website, is the list from which this year’s memoriam will likely be drawn, with Board of Governors service and Oscar nominations indicated. Oscar wins are noted with an asterisk.

NOT LISTED ON AMPAS MEMBERS’ PAGE: