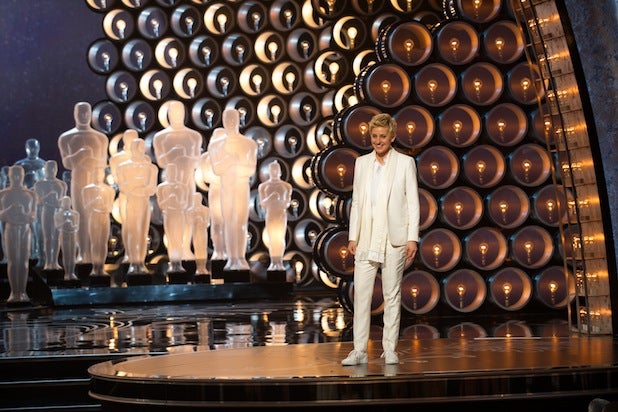 With nearly 44 million viewers tuning in to ABC on Sunday for the 86th Academy Awards, the network enjoyed its most-watched week in four years.

ABC topped its nearest competition in total viewers, CBS, by 36 percent. In terms of demo ratings, ABC was 83 percent above second-place NBC in the advertiser-sought adults 18-49 demographic.

Overall, ABC had nine of the Top 20 TV shows in the key demo last week, with seven in the Top 10. “The Oscars” awards show was top dog, “The Red Carpet Live” (third half hour) was second, the carpet’s second half hour was third.

“Scandal,” the week’s top drama across networks, ranked sixth overall, while “Modern Family,” “Grey’s Anatomy” and the first red carpet timeslot tied for the No. 10 slot.

Year-to-year, ABC spiked over the same week by 90 percent in viewers. But it wasn’t just a fruitful week for ABC; NBC boasted a 50 percent increase in the key demo ratings from the same week last year.