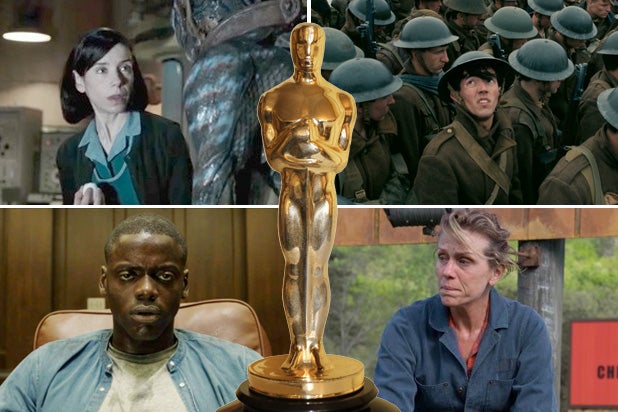 And in a night of historic honors, Jordan Peele became the first African American to win the prize for Best Original Screenplay for “Get Out,” while 89-year-old James Ivory became the oldest Oscar winner ever, earning his first statuette for this adapted screenplay for “Call Me by Your Name.”

Check out all of Sunday’s winners and nominees below.

Also Read: Oscars: What Is an 'Inclusion Rider,' That Thing Frances McDormand Mentioned in Her Acceptance Speech?

Best Original Screenplay
“The Big Sick”
“Get Out” *WINNER
“Lady Bird”
“The Shape of Water”
“Three Billboards Outside Ebbing, Missouri”

Original Song
“Mighty River,” “Mudbound”
“Mystery of Love,” “Call Me by Your Name”
“Remember Me,” “Coco” *WINNER
“Stand Up for Something,” “Marshall”
“This Is Me,” “The Greatest Showman”

Also Read: So Much for a Glitch-Free Oscars: Academy Sends Out Transcript for Casey Affleck Speech From Last Year

Best Picture
“Call Me by Your Name”
“Darkest Hour”
“Dunkirk”
“Get Out”
“Lady Bird”
“Phantom Thread”
“The Post”
“The Shape of Water” *WINNER
“Three Billboards Outside Ebbing, Missouri”