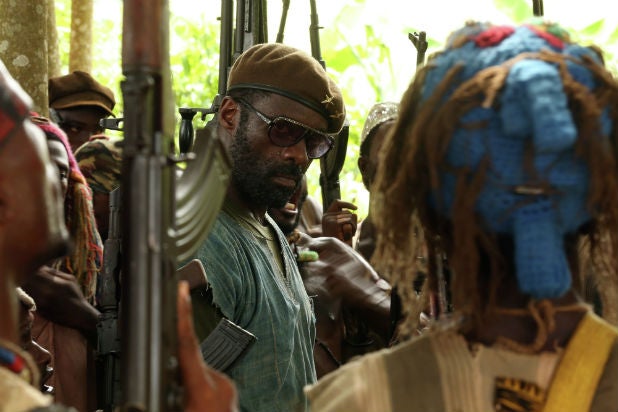 It’s #OscarsSoWhite all over again, as the Academy failed to nominate any acting nominees of color for the second year in a row despite having 20 chances to do so.

Idris Elba (“Beasts of No Nation”), Will Smith (“Concussion”), Michael B. Jordan (“Creed”), Samuel L. Jackson (“The Hateful Eight”) and Jason Mitchell (“Straight Outta Compton”) were among the talented black performers to be snubbed on nomination morning. Puerto Rican actor Benicio Del Toro was also overlooked for his subtle yet simmering supporting performance in “Sicario.”

This in spite of the fact that the Academy has taken steps to diversify its ranks, recently inviting new members such as David Oyelowo, Gugu Mbatha-Raw and “Straight Outta Compton” director F. Gary Gray, who was also snubbed.

In addition, the Academy’s acting branch missed the opportunity to make history with recognition for the African American transgender actress Mya Taylor for the acclaimed indie “Tangerine.”

Oddly enough, the four writers behind “Compton” — all of whom are white — did receive nominations for telling a story about the five black youths who came together to form iconic rap group N.W.A.

The Academy is aware that it needs to address its lack of diversity, having implemented A2020, a new initiative that aims to solve the problem and create more opportunities for women and minorities. Only time will tell whether A2020 will actually yield results in the acting categories, which have been too lily-white for far too long.