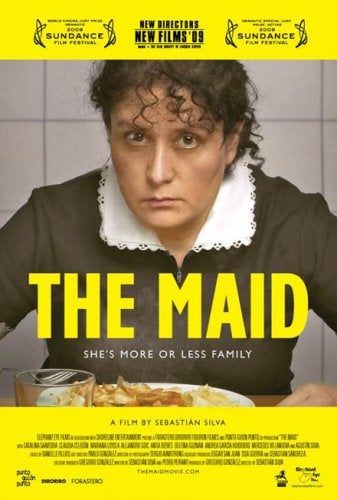 Sebastian Silva’s semi-autobiographical film is about a longtime maid in the upper-class suburbs of Santiago, Chile, and her unusual relationship with the family she works for.

"The Maid" premiered at Sundance in 2009, where it won the Dramatic World Cinema Jury Prize and the Dramatic Special Jury Prize for Acting for Catalina Saavedra, who plays the title character.

Saavedra also won this year’s Breakthrough Actor Award at the Gotham Independent Film Awards, and the film was nominated for best foreign film at the 2010 Film Independent Spirit Awards.

Oscilloscope partner David Fenkel said in a statement, “We all loved ‘The Maid’ when we saw it at Sundance last year. It’s the kind of creative, award-winning film that our retailers, wholesalers, VOD and digital partners have come to expect from Oscilloscope.”

Writer-director Silva said in a statement, “O-scope seemed like a perfect fit to continue ‘The Maid’s’ success on DVD and digital. Their sensibility is centered around bringing out the most artistic, beautiful and unique ways of expressing the mood and power of a film through their packaging and design.”