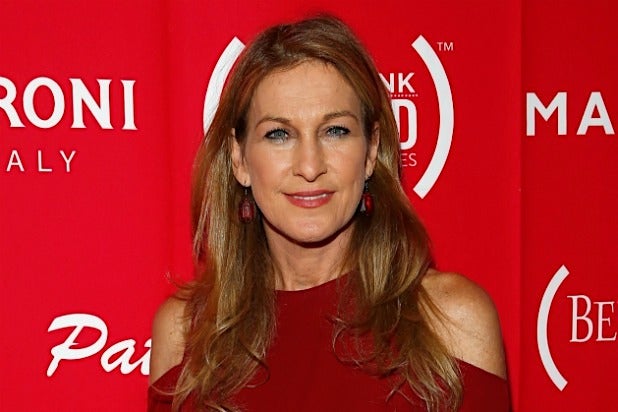 Deborah Dugan, the ousted president and CEO of the Recording Academy, on Tuesday pushed back on a letter sent to Academy membership by interim boss Harvey Mason Jr. by filing a discrimination complaint with the Equal Employment Opportunity Commission (EEOC).

Dugan’s attorneys Douglas Wigdor and Michael Willemin issued a statement Tuesday saying that the Recording Academy’s letter was an effort to shift focus away from its own “unlawful activity.” And Wigdor compared the actions of the Academy to tactics “deployed by individuals defending Harvey Weinstein.”

“The complaint that we filed today against the National Academy of Recording Arts and Sciences (the Grammys) highlights tactics reminiscent of those deployed by individuals defending Harvey Weinstein,” Dugan’s attorneys said in a statement. “As we allege, the attempt by the Recording Academy to impugn the character of Deborah Dugan is a transparent effort to shift the focus away from its own unlawful activity. “This blatant form of retaliation in corporate America is all too common, even post #MeToo, and we will utilize all lawful means necessary to ensure that those responsible are held accountable for their actions.

The Recording Academy issued a response to Dugan’s complaint: “It is curious that Ms. Dugan never raised these grave allegations until a week after legal claims were made against her personally by a female employee who alleged Ms. Dugan had created a ‘toxic and intolerable’ work environment and engaged in ‘abusive and bullying conduct’. When Ms. Dugan did raise her ‘concerns’ to HR, she specifically instructed HR ‘not to take any action’ in response.

“Nonetheless, we immediately launched independent investigations to review both Ms. Dugan’s potential misconduct and her subsequent allegations. Both of these investigations remain ongoing. Ms. Dugan was placed on administrative leave only after offering to step down and demanding $22 million from the Academy, which is a not-for-profit organization. Our loyalty will always be to the 25,000 members of the recording industry. We regret that Music’s Biggest Night is being stolen from them by Ms. Dugan’s actions and we are working to resolve the matter as quickly as possible.”

Dugan’s attorneys, Douglas Wigdor and Michael Willemin, dispute the Academy’s statements. “Ms. Dugan repeatedly raised concerns throughout her entire tenure at the Academy, and even gave large presentations focused on diversity and inclusion at Board meetings,” they wrote. “The Academy has lost its way and abandoned the recording industry, instead focusing on self-dealing and turning blind eye to the ‘boys’ club’ environment, obvious improprieties and conflicts of interest.”

Her attorneys continued: “It was never Ms. Dugan’s intention to turn this into a public fight precisely because of her love for music and the members of the recording industry. Unfortunately, staying silent was made impossible by the Board’s repeated leaks and disclosures of false and misleading information to the press.”

They also disputed the Recording Academy’s claim that Dugan sought a $22 million payout to leave her position. “On the morning of the day she was put on leave, the Academy offered Ms. Dugan millions of dollars to drop all of this and leave the Academy. The Board Chair demanded an answer within the hour,” the attorneys wrote. “When Ms. Dugan refused to accept and walk away, she was put on leave. The Academy claimed that Ms. Dugan was put on leave based on accusations made against her over a month prior that the Board knows very well are meritless. That is not a credible story.”

Dugan’s response is the latest step in a war of words between herself and the Recording Academy. Last week, Dugan was placed on administrative leave by the Academy’s executive committee, just days before the 2020 Grammys that take place this coming Sunday.

Mason revealed in a letter that was sent to membership on Monday that Dugan was being investigated following accusations of misconduct made by a staff member. Mason said Dugan was accused of creating a “toxic and intolerable” and “abusive and bullying” environment toward her staff.

Dugan then made her own accusations against the Academy, including accusations of voting irregularities, financial mismanagement and other conflicts of interest involving the Academy’s board members. A separate investigation into Dugan’s claims was then launched.

Then on Monday, Mason said that Dugan was placed on administrative leave after the Academy’s executive committee received a letter from Dugan’s attorney saying she would agree to step down from her role as CEO and “withdraw” her accusations if she was paid out, with Billboard reporting on Monday she asked for the sum of $22 million.

“I’m deeply disturbed and saddened by the ‘leaks’ and misinformation, which are fueling a press campaign designed to create leverage against the Academy for personal gain,” Mason Jr. said in the letter, which readers can find in its entirety here. “As Grammy week is upon us, I truly hope we can focus our attention on the artists who’ve received nominations and deserve to be celebrated at this time of the year, and not give credence to unsubstantiated attacks on the Academy. To do otherwise is just not right.”