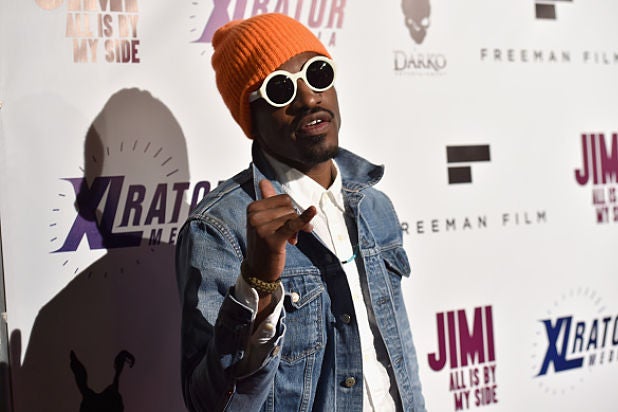 “Dispatches From Elsewhere” is about a group of ordinary people who stumble onto a puzzle hiding just behind the veil of everyday life. They will come to find that the mystery winds far deeper than they ever imagined. The series was created by Segel, who will also star and direct the pilot.

Additionally, Alethea Jones has signed on to executive produce and direct several episodes of the series, which begins production this week in Philadelphia. Jones directed the Facebook Watch series “Queen America” that stars Catherine Zeta-Jones, as well as episodes of the upcoming second season of the AMC’s dramedy “Lodge 49.”

Also Read: 'Lodge 49' Season 2 Trailer: No One Knows What That Door Is Doing There (Video)

Segel will executive produce with Scott Rudin, Eli Bush, Garrett Basch and Mark Friedman, who will serve as showrunner. The hour-long anthology series will include viewer engagement elements across multiple media platforms, per AMC.

Andre 3000 is best known for being one half of the hip-hop duo Outkast, with Antwan “Big Boi” Patton. He’s also appeared in TV series and films including “Families,” “The Shield,” “Be Cool,” “Revolver,” “Semi-Pro,” “Four Brothers,” and played Jimi Hendrix in “All Is By My Side.”