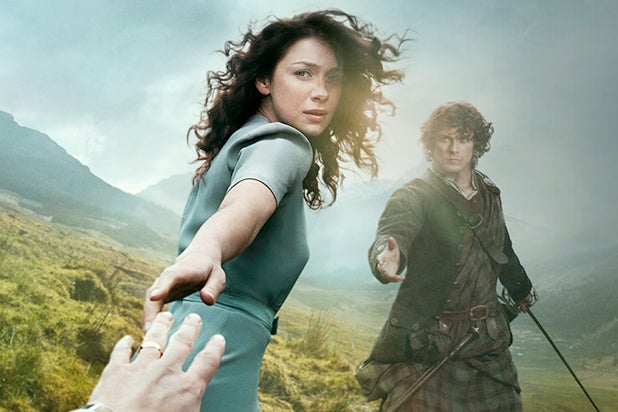 “Book Three” and “Book Four” will be based on the Diana Gabaldon novels “Voyager” and “Drums of Autumn,” respectively.

Season 2 follows Claire (Caitriona Balfe) and Jamie (Sam Heughan) as they arrive in France, hellbent on infiltrating the Jacobite rebellion led by Prince Charles Stuart, and stopping the battle of Culloden. With the help of Jamie’s cousin Jared (Robert Cavanah), a local wine merchant, Jamie and Claire are thrown into the lavish world of French society, where intrigue and parties are abundant, but political gain proves far less fruitful.

Altering the course of history presents challenges that begin to weigh on the very fabric of their relationship. However, armed with the knowledge of what lies ahead, Claire and Jamie must race to prevent a doomed Highland uprising and the extinction of Scottish life as they know it.

“‘Outlander’ is like nothing seen before on television. From its depiction of a truly powerful female lead character, to the devastating decimation of the Highlander way of life, to what is a rarely seen genuine and timeless love story, it is a show that not only transports the viewer, but inspires the passion and admiration of its fans,” said Starz CEO Chris Albrecht in a statement. “On this 25th anniversary of the publication of the first book in the U.S., we are thrilled and honored to be able to continue the story that began with author Diana Gabaldon, and is brought to life by the incredibly talented Ronald D. Moore. There are no better storytellers for ‘Outlander’ than this team, both in front and behind the camera.”