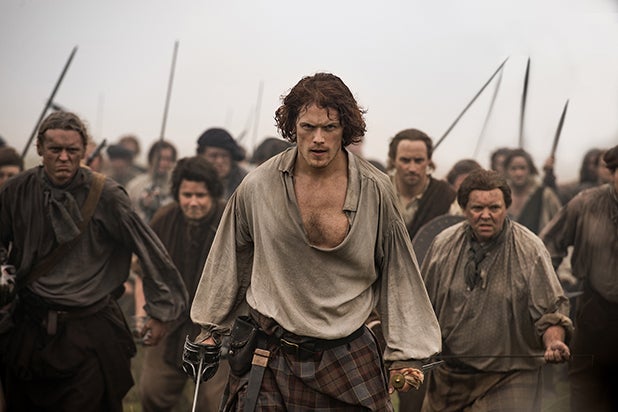 “Outlander” has been renewed for Seasons 5 and 6, Starz announced Wednesday.

The time traveling drama will return to the network with Season 4 this November, though a specific date has not been set. The series, based on Diana Gabaldon’s popular novel series, stars Caitriona Balfe as Claire Randall and Sam Heughan as Jamie Fraser.

Seasons 5 and 6 will be based on material from Gabaldon’s fifth and sixth books, “The Fiery Cross” and “A Breath of Snow and Ashes” in 12 episodes each season.

“Fans can rest assured their beloved Claire and Jamie will be back facing new challenges, adversaries and adventures in seasons five and six as we delve into American history and continue the story of the Frasers as they settle in the New World,” said Starz President and CEO Chris Albrecht.

Season 4 production is currently underway in Scotland, and will be 13 episodes, based on the fourth book in the series, “Drums of Autumn.”