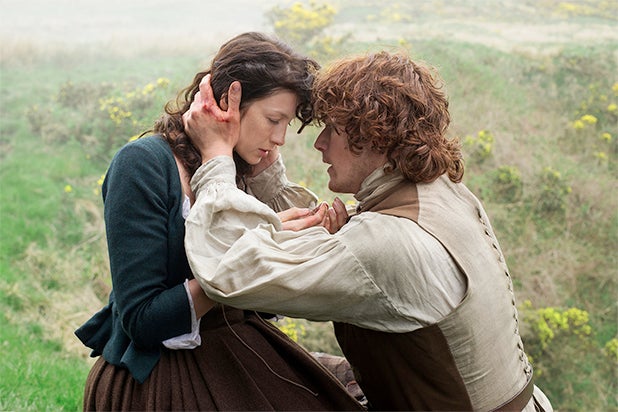 “Outlander” returns for Season 2 on Saturday, but for those who have yet to experience the Droughtlander, Starz is giving potential new fans the opportunity to catch up on the series before new episodes air.

All 16 Season 1 episodes of “Outlander,” starring Caitriona Balfe and Sam Heughan, will be available through April 10th via linear, on-demand and online on select U.S. cable, satellite and telco affiliates as well as Starz.com, Starz On Demand and the free Starz Play app for all users in the U.S.

Season 1 of the series followed World War II nurse Claire (Balfe), who is transported to 18th-Century Scotland. She spends a majority of the season trying to find her way home until she falls in love with and marries Jamie Fraser (Heughan), who’s at odds with the devious Jack Randall (Tobias MacKenzie).

Season 2 will be based on “Dragonfly in Amber,” the second in Diana Gabaldon‘s bestselling eight-book series.