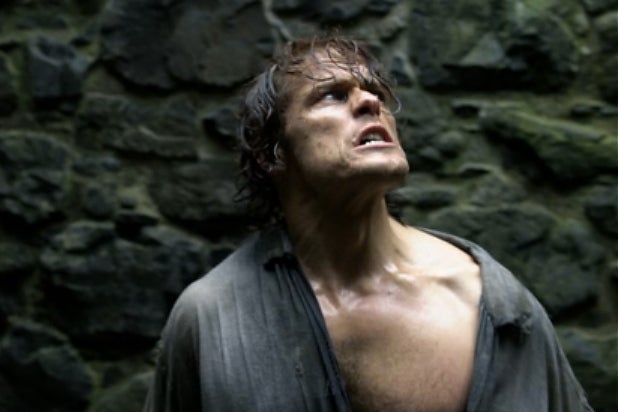 Jamie and Claire attempt to build separate lives in Season 3 of “Outlander,” though the first trailer reveals they haven’t forgotten about each other.

In the first trailer for the third installment of Starz’s time-travel fantasy romance series (above), Jamie (Sam Heughan) and Claire (Caitriona Balfe) are separated by centuries and continents, as he struggles to move on after the defeat in the Battle of Culloden in Scotland, while she’s moved to America with her 20th century husband Frank (Tobias Menzies), pregnant with Jamie’s child.

The trailer follows Jamie and Claire each trying to live their separate lives, but in the end, it appears a reunion is imminent, with Jamie screaming out Claire’s name.

Balfe previously previewed the eventual and much anticipated reunion between Jamie and Claire, telling TheWrap, “Of course, there will be a reunion, which I think is really beautiful and it’s been filmed really beautifully. It’s very interesting, it’s like, how do two people come together after not seeing each other for 20 years, after both believing each other have died, and how do you build something real again?”

Season 3 is based on Diana Gabaldon’s book “Voyager” and will premiere in September 2017 with 13 episodes.