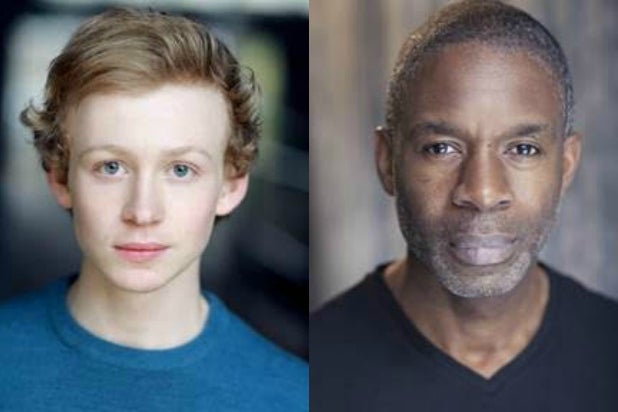 “Outlander” has found its Young Ian Murray and Joe Abernathy.

John Bell will join Uncle Jamie (Sam Heughan) in the 18th century for the former role, while Wil Johnson is set to hang out with Claire (Caitriona Balfe) a few hundred years later.

The latter hire is for Claire’s friend and medical colleague on the Starz series, which is based on Diana Gabaldon‘s international best-selling books. The TV version is adapted by Ronald D. Moore.

Young Ian is a tall, gangly Scottish lad with a heart of gold, a stubborn streak and a penchant for getting into trouble, according to Starz. Bursting with charm, he’s more like his adventurous, fierce uncle Jamie Fraser than his farmer father Ian — but when we meet him, he is still a very gawky boy. However, he keeps trying to prove that he is a man and we will see him grow into quite a formidable one as the series evolves.

Abernathy is a fellow doctor-in-training whom Claire befriends in medical school. Intelligent, charismatic, with a wry and irreverent sense of humor, Joe is a loyal confidant with great affection for Claire. He puts on a good face, but he is all too aware of his place in the Civil Rights era. Joe and Claire both feel out of place in the mostly all-white, all-male medical field, which bonds them together in a life-long friendship.

Season 3 will be based on the third of eight books in the “Outlander” series, entitled “Voyager.” It picks up right after Claire travels through the stones to return to her life in 1948, the pay-TV cable channel said. Now pregnant, she struggles with the fallout of her sudden reappearance and its effect on her marriage to her first husband, Frank.

Meanwhile, in the 1700s, Jamie suffers from the aftermath of his doomed last stand at the historic battle of Culloden, as well as the loss of Claire. As the years pass, Jamie and Claire attempt to make a life apart from one another, each haunted by the memory of their lost love. The budding possibility that Claire can return to Jamie in the past breathes new hope into Claire’s heart … as well as new doubt.

Separated by continents and centuries, Claire and Jamie must find their way back to each other. As always, adversity, mystery and adventure await them on the path to reunion. And the question remains: When they find each other, will they be the same people who parted at the standing stones, all those years ago?