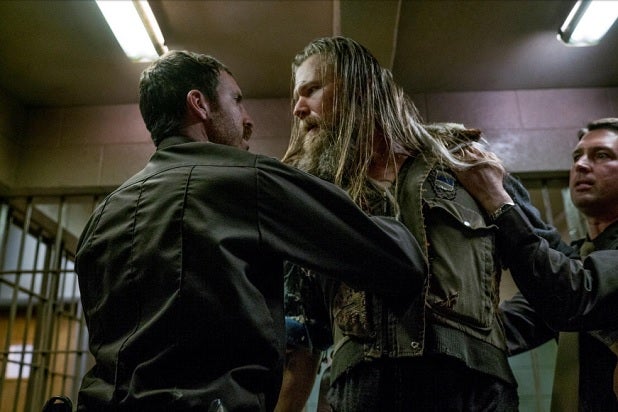 “Outsiders” star Ryan Hurst broke down the feral nature of the Farrell clan on the WGN America show during the Television Critics Association press tour on Friday.

Following the explosive events of the Season 1 finale, we see G’Winn (Gillian Alexy) as she struggles to come to terms with the full responsibility of being the Bren’in. We also see Sally-Ann (Christina Jackson) grappling with the implications of her relationship with Hasil (Kyle Gallner).

According to Jackson, the relationship between Sally-Ann and Hasil — whom fans dubbed “Sasil”– is going to get more complicated in Season 2. “The honeymoon is over,” Jackson said. “You saw these two fall in love very quickly and Season 2 is definitely expanding on that and them figuring out if they should be together.”