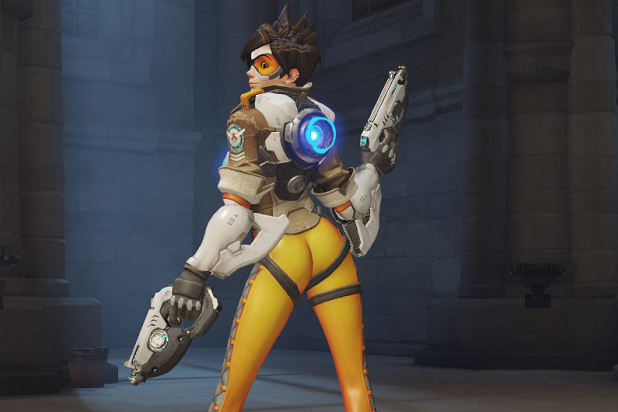 Blizzard is removing a victory pose from the online video game “Overwatch” in which the character Tracer turns her back to the camera and shows off her butt.

The decision came after some players taking part in the early beta test version of the video game complained about the pose on its online forum.

Other players protested the removal, saying the developers shouldn’t compromise their creative vision. The conflict between those wanting the pose removed and those who didn’t then turned into an all-out internet flame war. The complaints about Tracer’s pose came up because players believed it clashed with her style and characterization — specifically how she’s not the sort of character who would do sexy poses.

After announcing the removal, game director Jeff Kaplan explained the decision in a forum post in which he noted that many of the developers working on “Overwatch” didn’t like it anyway and agreed with the complaints.

“As the game director, I have final creative say over what does or does not go into the game. With this particular decision, it was an easy one to make–not just for me, but for the art team as well,” Kaplan wrote. “We actually already have an alternate pose that we love and we feel speaks more to the character of Tracer. We weren’t entirely happy with the original pose, it was always one that we wrestled with creatively. That the pose had been called into question from an appropriateness standpoint by players in our community did help influence our decision–getting that kind of feedback is part of the reason we’re holding a closed beta test–but it wasn’t the only factor. We made the decision to go with a different pose in part because we shared some of the same concerns, but also because we wanted to create something better.”