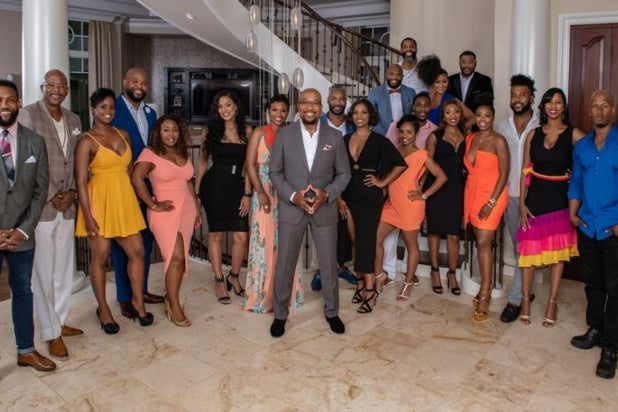 "Ready to Love" cast, courtesy of OWN

The Oprah Winfrey Network has renewed four of its unscripted series.

“Love & Marriage: Huntsville,” “Ready to Love,” and “Black Women OWN the Conversation” were all renewed for a second seasons, while “Black Love” was picked up for a fourth. All four will air later in 2020.

“We are thrilled to continue building our unscripted slate with the return of these fan favorite series,” OWN president Tina Perry said. “These shows collectively tell real stories that deeply resonate with our audience, and we are proud to create authentic content that’s relatable to our viewers. We look forward to keep exploring love in African American relationships.”

“Love & Marriage: Huntsville” is described as following “the lives of three successful and powerful couples in the thriving city of Huntsville, Alabama who are helping to revitalize the region through their individual real estate ventures.” It stars longtime friends Melody and Martell Holt, Marsau and LaTisha Scott and Maurice and Kimmi Scott. The series is produced by Kingdom Reign Entertainment and ITV America with Carlos King, Angela Dugan, Bernie Schaeffer, Brent Nisbett and Andrew Hoagland as executive producers.

“Black Women OWN the Conversation” is hosted by Carlos Watson in partnership with OZY Media, and features “intimate conversations with celebrity guests, thought leaders and 100 Black women focusing on important issues with honest opinions and surprising solutions that put people first,” according to OWN. Watson produces with Samir Rao, Jennifer Ryan and Marion Cunningham.

“Ready to Love” is a dating series from Hollywood producer Will Packer. Hosted by Thomas “Nephew Tommy” Miles, the series explores “the real-life dating interactions of sexy, successful and grown Black men and women in their mid-30s to early 50s who are each looking for lasting love and an authentic relationship.” The series allows for both men and women to decide who stays and who goes home each week as they search for true love. Season 2 will be set in Houston, Texas, and is currently casting. The series is produced by Will Packer Media and Lighthearted Entertainment, with Packer as an executive producer along with Will Packer Media’s Kelly Smith, Lighthearted’s Rob LaPlante, Jeff Spangler, and Anthony Sylvester.

“Black Love,” the NAACP Image Award-nominated docu-series from filmmaking couple Codie Elaine Oliver and Tommy Oliver (“‪The Perfect Guy”), seeks to answer the question: “What does it take to make a marriage work?” It does so “by highlighting honest, emotional and sometimes awkward love stories from the Black community featuring celebrity and real-life couples, this docuseries tries to answer that question,” according to OWN.