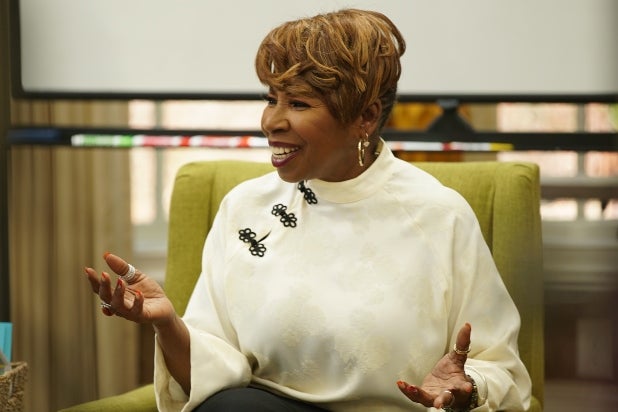 OWN’s “Iyanla: Fix My Life” will end after its upcoming eighth season, the network announced Wednesday.

The series will premiere its final season on April 10, with a the finale on May 15. A two-hour special farewell episode will air on May 22.

“Iyanla,” the highest-rated unscripted series in OWN history across all key demos, will have produced 150 episodes by the end of its run.

“The minute Iyanla stepped onto the stage of ‘The Oprah Show,’ I knew she had a talent that was meant to be shared and I am glad that she created the perfect vehicle to provide OWN viewers with her healing magic,” OWN founder Oprah Winfrey said in a statement. “Sunsetting the series is bittersweet. I’m very thankful for her and the work she does and look forward to what unfolds next from her gift of teaching people to be better versions of themselves.”

“We are grateful to Iyanla and her team for giving us this powerful show that has, for nearly the entire life of this network, been a favorite with our audience,” added Tina Perry, OWN president. “Viewers have related to the struggles of those seeking guidance in the darkest of times and with Iyanla’s compassionate wisdom, we’ve seen the joy of overcoming pain that leads people on a path to true happiness.”

“The time I have spent creating and working on ‘Fix My Life’ has been nothing short of phenomenal,” Vanzant said. “In my heart of hearts, I believe that ‘Fix My Life’ has contributed to the creation of a new genre of television programming, where people get to speak and see how to address issues that have been taboo. To have a network, a production team and a crew that could stand in and participate in the manifestation of this vision has been humbling and most rewarding. My prayer is that ‘Fix My Life’ will be standard for others who have the vision and courage to bring personal healing work to the television screen.”