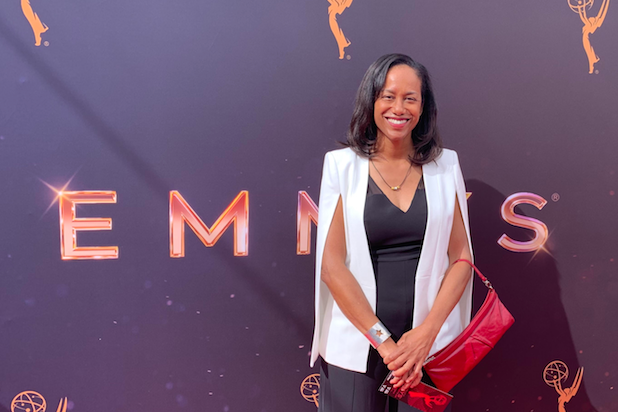 Snap Inc., the parent company of Snapchat, has hired  Jill Dickerson from the Oprah Winfrey Network  to lead its unscripted and docuseries efforts, the company shared on Thursday afternoon.

Dickerson had been with OWN since 2009, where she served as senior vice president of programming and development. She’s also a member of the executive committee of the Academy of Television Arts & Sciences is a former board member of the Emma Bowden Foundation.

While at OWN, Dickerson helped launch a number of series, including “Deion’s Family Playbook” and “Welcome to Sweetie Pie’s.” Dickerson will be based out of Snap’s Santa Monica headquarters and will report to Vanessa Guthrie, the company’s director of originals.

“We are thrilled to welcome Jill as a member of the Snap Originals team,” Guthrie said in a statement. “Jill is a seasoned executive in reality television with a strong creative sensibility. We’re excited for Jill to bring her expertise to unscripted Snap Originals, as we’re set to deliver even more compelling, made for mobile programming in 2020.”

Before coming to OWN, Dickerson oversaw the production of popular reality shows like “The Real World” and “The Bachelorette.”

The new hire comes as Snap looks to continue expanding its slate of original shows. Snap’s originals, led by boss Sean Mills, have focused on 5-minute shows that will appeal to the app’s large 13-24 age demo. Mills talked about the company’s content strategy with TheWrap last spring, which you can read here.