After cutting his TV teeth helping Roger Ailes sell the "most powerful name in news," Jason Klarman now finds himself trying to figure out what (young, successful, energetic) women want. 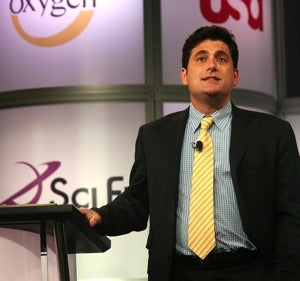 It’s not as big of a stretch as it might seem.

Klarman’s current gig is general manager of NBCU’s female-focused Oxygen Media, which has experienced dramatic growth since the Peacock took control of the channel two years ago.

At Fox news during the 1990s, Klarman was VP of marketing at Fox News Channel, working under Ailes to sell the concept of a non-traditional news channel unafraid to show its colors.

Oxygen and Fox News couldn’t be any more different, but Klarman believes the same thinking that made Ailes’ baby an American icon will make Oxygen a big success as well.

"He taught me the need to be big, to think big and be true to your brand," Klarman told TheWrap. "You have to understand who you audience is and then super-serve them.

"The brand is everything."

In other words, whether you’re selling Bill O’Reilly’s rants or Tori Spelling’s meltdowns, make sure you’re audience has no doubt what it will find when it tunes to your network 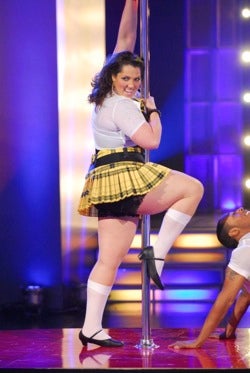 No wonder, then, that Klarman is obsessed with branding, waxing rhapsodically about  Oxygen’s  carefully crafted, heavily researched idenity as aspirational television for women … who are young, successful, and ready to kick the world’s ass.

But the Oxy Gal, part of what the company calls Generation O, isn’t just a vague marketing archtype. She’s actually got a name.

"We call her Krystal," Klarman said. "She’s every person. She’s 28. She makes over $50,000 a year and she lives in A and B counties … And we understand this woman in a way that makes her very real."

Oxygen joined the Lauren Zalanick-run stable of cable networks and websites after NBC acquired it in 2007; Klarman — part of Zalaznick’s A-team during her stunning makeover of Bravo — was promoted to GM shortly thereafter.

He says the network already had a focus when he and his team arrived — but it needed a brand.

"What we had seen in Oxygen was the beginning of a really good idea," Klarman said. "It was already a network about these larger-than-life personalities living life on their own terms. We connected those dots, we created the ‘Live Out Loud’ brand. And then we marketed the hell out of it." 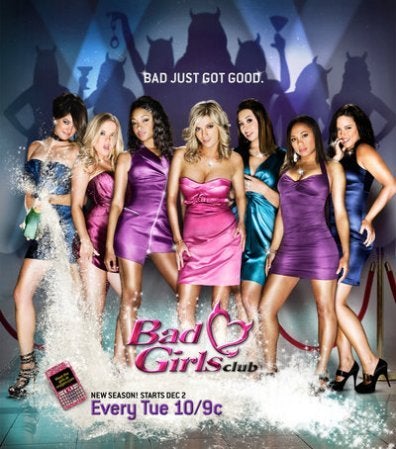 Klarman said the goal of the brand was not simply to attach labels to programming but to carve out a niche among viewers hungry for certain kinds of shows. (See accompanying article, "What’s Next for Oxygen?")

"We couldn’t just define it by ‘women.’ Women aren’t a niche; they’re half the country," Klarman said. "We decided there was an audience that was underserved, and that we could create a brand around that audience."

Once they’d defined their mission, Klarman and Oxygen programming chief Amy Introcaso-Davis — who both report to Zalanick — began focusing on the content needed to build and expand the brand.

First to get the Live Out Loud treatment: "Tori & Dean" and "Bad Girls Club" (two of the few holdovers from the pre-NBC U days). Rather than simply throw out the old regime’s development, Klarman and Introcaso-Davis worked to make it more closely fit with the new brand.

"Tori & Dean,"  for example, was reimagined from its origins as a half-hour into an hour-long docusoap.

The new team also greenlit the weight-loss reality series "Dance Your Ass Off." The provocative title sent a message to viewers that Oxygen was not your older sister’s women’s network.

"Bad Girls" has seen ratings soar 78 percent above what it had been averaging in 2007 among women 18-49. "Tori"  is up more than 100 percent. And "Dance," while still finding its audience, gave Oxygen its best numbers ever for a first-year original.

Klarman also worked to beef up the rest of Oxygen’s schedule, acquiring repeats of the CW’s "America’s Next Model" and treating it like a brand new show. The network even threw a big party for the series (yes, Tyra was there) —  something rarely done for non-originals.

Bottom line: Oxygen just wrapped its most successful year ever, showing double digit gains among women 18-34 and increasing its overall viewership 8 percent over a strong 2008 performance. It’s also the youngest of the Big 3 female-centric networks, with a median age of 41.7 (Lifetime and WE skew older).

But while these individual success stories are important, Klarman said he tries not to get caught up in the numbers for particular projects. Likewise, he seems wholly interested in any media-created rivalry with the dominant women’s cable network, Lifetime.

"My job is not to launch hit shows but to create a hit network," he said. "We want to have those hit shows, but we want them to build that brand, that destination."

No wonder then Klarman is also quick to tout Oxygen’s double- and triple-digit online and mobile gains. While the cable network is key — to both buzz and ad revenue — it’s not the only part of the Oxygen game plan for female domination.

The early success for Oxygen these last two years doesn’t surprise Zalaznick, who’s been working with Klarman for nearly a decade. The two met when he was running marketing and digital for a tiny network called Trio, and Zalaznick was brought in to run the store for then-owner Barry Diller.

Klarman followed Zalanick to Bravo when NBC bought that network and helped in the transformation of that network from a sleepy arts-focused channel to a pop culture powerhouse.

Indeed, as much as Klarman learned from working with Ailes, it’s been his time under Zalaznick that’s seen him blossom into a cable executive on the rise.

Zalaznick said Klarman is not just an idea salesman.

"To speak of Jason as a marketeer is to diminish Jason as simply a big thinker who can conceptualize a business-driven vision," she told TheWrap. "What he has is the capacity to conceptualize and execute, which is different than being a good idea guy, a good tactics guy…. You need (both)."

"Neither one of us is an 18-to-34-year-old woman," she said. "But he has the uncanny ability to take on the persona of the audience he’s serving. He may be a shape shifter."

Indeed, talking to Klarman, it’s easy not to get caught up in his love for all things Oxygen. While he doesn’t gush — and he can sometimes slip into corporate-speak when discussing the big picture — he never sounds anything less than genuinely enthusiastic when talking up even the smallest component of Oxygen’s future.

In part, that might be because Klarman’s career has been so focused on building change.

At Fox News, he helped Ailes create an image for a very different kind of news channel. While at Bravo, he managed a complete overhaul of that network’s identity — then moved on. Now, he’s evolving Oxygen.