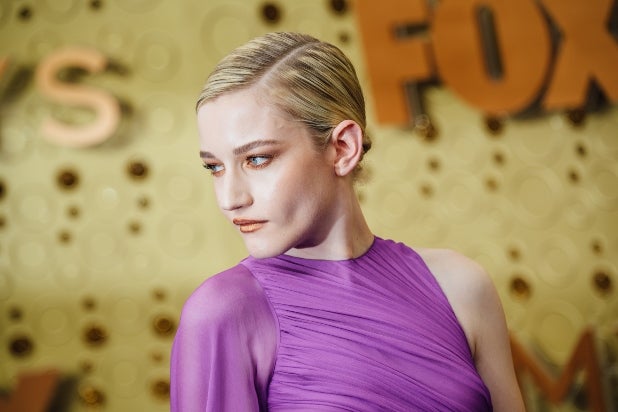 Julia Garner has signed a first-look deal with MRC Television, the studio behind “Ozark” and “House of Cards.”

Under the deal, the actress, who plays Ruth Langmore on “Ozark,” which won her an Emmy last month for outstanding supporting actress in a drama series, will develop and executive produce television projects.

“I’ve had the privilege of working closely with MRC on Ozark where they have offered me a rich playground of material as an actress,” Garner said. “I’ve now been afforded an opportunity with MRC to build on a rewarding and collaborative experience and I look forward to establishing a creative partnership in the future.”

Also Read: Jason Bateman in Talks to Direct and Star in 'Clue' Reboot With Ryan Reynolds

“Julia is phenomenally talented with a remarkable versatility of range that she brings to every project she works on, as evidenced by her well-deserved Emmy win for Ozark,” MRC Television president Elise Henderson said. “We are incredibly proud to extend our relationship with her and begin work on a diverse range of projects together.”

Garner will next be seen in the Amazon Prime Video series “Modern Love,” which premieres on Oct. 18. In 2018, she appeared in Netflix’s “Maniac” opposite Emma Stone, and in Bravo’s true-crime series “Dirty John.” Her other television roles have included “Waco” and “The Americans.”

Her film credits include “The Assistant,” “Grandma,” “We Are What We Are,” “Electrick Children,” “Martha Marcy May Marlene” and “Sin City 2.”