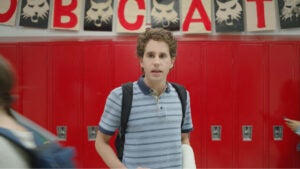 Carlos Watson, founder and CEO of Ozy Media, came out swinging against New York Times reporter Ben Smith after Smith’s media column on Sunday accused the digital media company of vastly inflating its web and video numbers and reported that co-founder and chief operating officer Samir Rao had been caught impersonating a Google executive during a conference call.

“It’s a bulls— ad hominem attack,” Watson said in an interview with WaxWord, referring to the report about Rao’s questionable role on a fundraising call with Goldman Sachs that involved Rao posing as a top executive for Google’s YouTube division to vouch for Ozy’s video streaming number.

Rao had a mental breakdown on the call and should have been treated with compassion by the Times, Watson said, rather than someone who might have committed a crime. The Times said Google had called the FBI following the incident.

Furthermore, Watson said that Smith should have been disqualified from writing about Ozy because in his previous role as editor in chief of BuzzFeed, he was involved in a bid to buy Ozy, which Watson said he turned down. “I really don’t appreciate a conflicted journalist not disclosing to his editors, until I brought it up, that he tried to buy us for hundreds of millions of dollars. And now writing a whole piece saying we’re essentially worthless,” Watson said.

According to Watson, Smith approached Ozy in August 2019 about acquiring the digital media company. And although Smith was an editorial rather than business leader, he was involved in the negotiations that led to an offer signed by CEO Jonah Peretti. “If we’ve got a bulls— company, then why would you as the face of BuzzFeed sign off on a written offer for hundreds of millions for Ozy?” Watson asked. “Did you not have your CFO go through our numbers?”

Smith denied that he had any conflict of interest or formal role in any acquisition talks involving his former employer. “Carlos shared emails with my editor that I think he can share with you — one is a two-sentence email introducing him and Jonah, one is a one-sentence email saying Jonah suggested he and I have coffee. That was the extent of my involvement,” Smith told TheWrap. “I didn’t participate in diligence and don’t know what happened with the deal, beyond what they told me last night when Carlos made these allegations.”

Watson also disputed that Ozy has overstated its web and video stream figures, as the Times story alleged. He said the company’s revenue last year rose to $50 million, and came primarily from non-web properties including newsletters, podcasts, TV shows and Facebook and YouTube streams. Live festivals, another important revenue stream for the company, have been on hiatus during COVID.

The website is no longer an important source of viewers, Watson added, noting that the company has 25 million newsletter subscribers and a social reach of 35 million. He also said the company’s newsletters had mushroomed because subscribers have forwarded them to others in significant numbers, and that university students have made them popular. Ozy has no real presence on Twitter, but Watson said that it had 2 million followers on Facebook and 100,000 subscribers on YouTube that yield about 30 million views a month.

Watson also addressed skeptics who have noted how Ozy YouTube videos garner very few comments despite millions of streams. “Real people watch the show and enjoy the show. Just because we don’t have people hating on us?” he said. “How can you game YouTube viewership to tens of millions, or hundreds of millions of views? That’s not really credible.”

Despite the frothy acquisition for digital media, Watson told WaxWord that denied that he had no interest in selling Ozy. “I definitively do not want to sell. I want to be a strong independent company,” he said. “We need more modern, more diverse companies. I do have a greater sensitivity to all of our humanity, mental health crisis.”

The company had raised more than $83 million by April 2020 and valued itself at $159 million, according to the data service PitchBook.

Watson attributed Smith’s negative story to simple jealousy at the company’s success. “I think Ozy’s rising. As it’s been rising, a lot of people start to come after you,” he said. “I assume he was looking for stuff to publish. I’m sure he heard about the incident (with Rao), that’s the reason they had been looking for. And he thought he had a gotcha moment.”