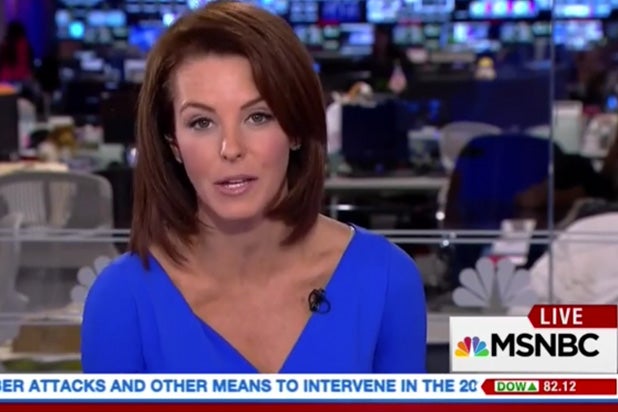 MSNBC host Stephanie Ruhle apologized on Friday for saying that Fox News held its Christmas party at Donald Trump’s Washington D.C. hotel given that the party is not at a Trump property and hasn’t even happened yet.

“I apologize for the error. I am truly, truly sorry,” Ruhle said.

Video: Moment in question on @MSNBC today as @SRuhle pushed #FakeNews that @FoxNews had party at Trump Hotel #TTT16 pic.twitter.com/i1BD20f2W8

“I need to apologize to the audience. Earlier today in a segment I stated that the Fox network held their holiday party at Trump’s D.C. hotel. I was wrong. We’ve since learned that neither Fox network nor an affiliate held any party at Trump’s Washington hotel. I stand corrected,” she said. “I apologize for the error. I am truly, truly sorry. The mistake, entirely my fault. And of course, I wish all my friends over at Fox a very happy holiday no matter where you have your party.”