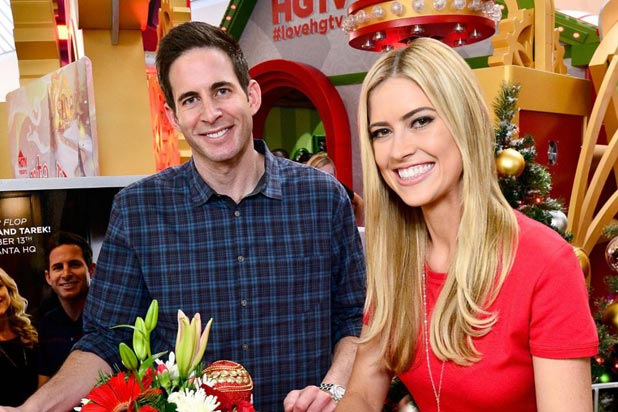 In addition to her current marital troubles, “Flip or Flop” star Christina El Moussa is also suffering the slings and arrows of Instagram trolls.

Amid news that El Moussa has separated from her husband and “Flip or Flop” co-star Tarek El Moussa, the reality TV star has been subjected to horrible treatment on social media.

A fan page for the HGTV reality series has been littered with posts revealing that some people are anything but fans of El Moussa. One photo, bearing a photo of the now-estranged couple three weeks ago and intended as a unifying Thanksgiving message, now serves as a dropping-off point for bilious comments that aren’t anything to be thankful for.

“Ah so this is what a whore looks like,” one particularly awful missive offered.

“I always thought she was do [sic] fake,” went another.

“You conned us good,” wrote yet another detractor.

Another poster wondered if Christina might have been unfaithful to her husband, writing, “Tarek did you really catch her in your house with another guy ???”

There has been no indication from anyone involved that that occurred.

The El Mousas announced their separation after nine years of marriage this week, months after an incident  involving Tarek and a gun.

In a statement issued to People on Monday, the stars of the HGTV series referenced the incident while announcing their split.

“Like many couples, we have had challenges in our marriage,” the statement read. “We had an unfortunate misunderstanding about six months ago and the police were called to our house in an abundance of caution. There was no violence and no charges were filed.”

According to the El Moussas, they broke up following a May incident during which law enforcement responded to a call of a “possibly suicidal male with a gun.” The call was made after Tarek retrieved a gun from a safe in the couple’s Orange County, California, home and wandered into Chino Hills State Park.

Following new of the separation, the Moussas revealed that they have been seeing other people since the May incident.