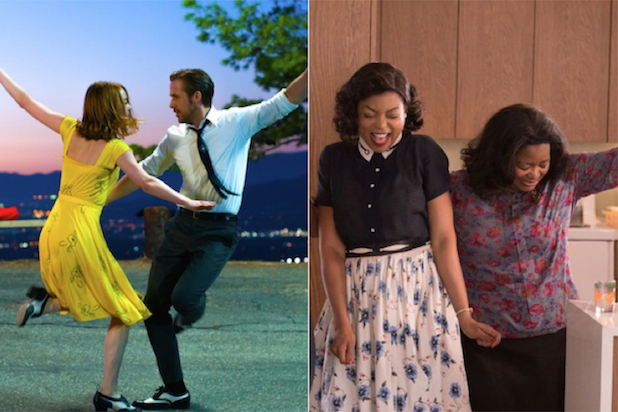 The casting directors of “La La Land,” “Hidden Figures,” “Hell or High Water,” “Manchester by the Sea,” “Moonlight” and “Moana” have won awards at the 32nd Annual Artios Awards, the Casting Society of America announced on Thursday night in a ceremony at the Beverly Hilton Hotel.

Those films were singled out in the six Artios Awards feature-film categories, which honored the casting directors in a variety of genres and budget levels. Television awards went to “Transparent,” “Crazy Ex-Girlfriend,” “Mr. Robot,” “Bloodline” and the miniseries “The People v. O.J. Simpson,” among others.

In the theatrical categories, winners included “Hamilton,” “The Humans” and “Dear Evan Hansen.”

Much of the year's best acting took place in movies that might have slipped beneath your radar. For a full range of 2016's best, hunt down these worthwhile titles.