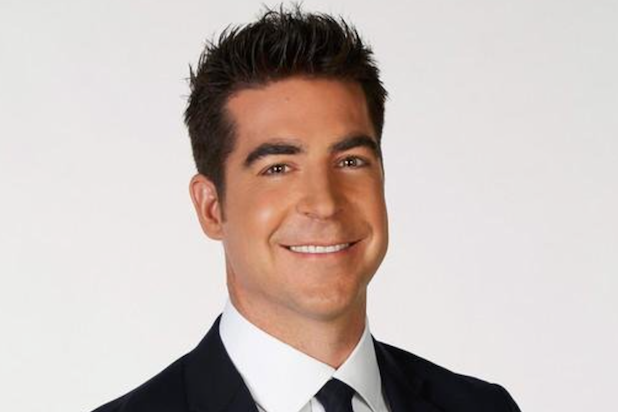 Fox News host Jesse Watters defended a recent comment about Ivanka Trump, but many people have taken to Twitter to accuse “The Five” co-host of making a sexist joke about the First Daughter.

After footage of Ivanka speaking at an event in Germany, the former Bill O’Reilly protégé said on Tuesday night that he “really liked the way she was speaking into that microphone.”

“During the break we were commenting on Ivanka’s voice and how it was low and steady and resonates like a smooth jazz radio DJ,” Watters said in a statement provided to TheWrap. “This was in no way a joke about anything else.”

Watters was defending Ivanka Trump and advancing a point about how he believes women should be treated by liberals when he made the comment.

WATCH: Jesse Watters on Fox News re Ivanka Trump: "I really like how she was speaking into that microphone" pic.twitter.com/HoJHLpMtq1

However, critics were quick to slam Watters, noting that Fox News is still recovering from sexual harassment scandal that led to Bill O’Reilly’s ouster from the network. Check out some of the harshest Twitter reactions:

When a company sends the clear signal that women are basically sub-human, vile behavior thrives even after top offenders are fired.

The thing that makes Jesse Watters a true Fox star is the flair with which he joins right-wing self-pity to his demeaning smuttiness.

"Billy and I were just talking about how much we love smooth jazz radio DJs" pic.twitter.com/wMRMSYICB3

Imagine how Fox would have covered it if an MSNBC host made that comment about Ivankahttps://t.co/r1TcPbyfqt

Not most surreal part of this, but close second, is pivot from saying "the left" passed up chance to be respectful https://t.co/Q0wSF1Y0pv

Watters recently joined Kimberly Guilfoyle, Dana Perino, Bob Beckel, Greg Gutfeld, and Juan Williams on “The Five” when it shifted from 5 p.m. ET to 9 p.m. ET to fill the primetime spot that suddenly opened up when O’Reilly was removed from the network. “The Five” is regularly among the highest-rated shows in all of cable news