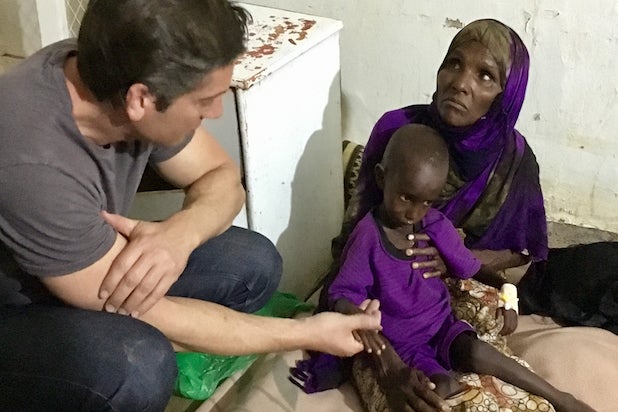 “The faces of the children we met in those hospitals were equally as beautiful as they were heartbreaking. I never underestimate the generosity of our viewers, but I was genuinely moved by the scope of the response,” Muir told TheWrap.

Muir, the “World News Tonight” anchor and managing editor, traveled to the Horn of Africa for the third time to report on four countries now facing famine. Authorities have warned this could be the worst humanitarian crisis since World War II. Muir detailed the severity of the drought that has roughly six million people without water and struggling to find food on a regular basis.

ABC News didn’t ask for money on air, but instead directed viewers who wanted to help to its Facebook page that provided information about the Save the Children charity foundation. Muir’s report was so powerful that Save the Children’s website was overwhelmed shortly after the report aired, but they got it back on track and donations continue to pour in.

“We are enormously grateful to you and the generous ABC viewers. Following your broadcasts last night, Save the Children received nearly $800,000 from more than 6,500 people. The need is huge, but tens of thousands of children will be helped thanks to your kindness,” Save the Children President and CEO Carolyn Miles said.

Muir witnessed the devastating crisis unfolding in Somaliland traveling to remote villages where children are near death.  The UN Refugee Agency says the death risk from starvation in the Horn of Africa, Yemen and Nigeria is quickly rising.