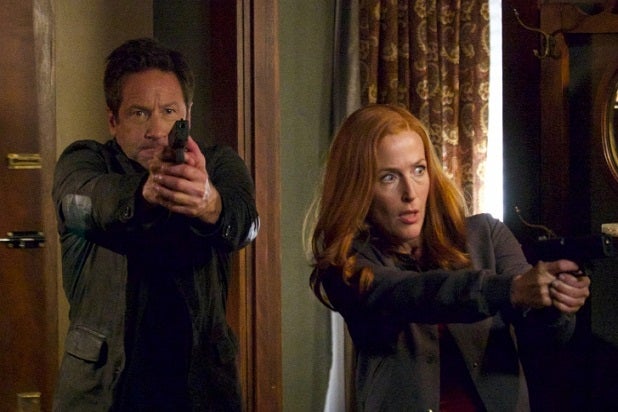 (Note: This post contains spoilers for the premiere and Jan. 10 episodes of “The X-Files.”)

The premiere of “The X-Files” Season 11 had a lot of fans frustrated.

The first episode of the show’s second revival season pulled a number of twists that bothered a lot of people. Not only did it pull an “It was all a dream” retcon of the Season 10 finale, but it also apparently reworked the parentage of the son of Dana Scully (Gillian Anderson) and Fox Mulder (David Duchovny).

The suggestion that the show’s primary antagonist impregnated Scully with “alien science” without her knowledge had many fans taking to social media to voice their annoyance.

Also Read: Did You Catch the ‘All the President’s Men’ Easter Egg in the Latest ‘X-Files’?”

But fans seemed to receive the second episode of the season, dubbed “This,” with more enthusiasm. This episode was more akin to what fans enjoyed in the classic series back in the 1990s — it was mostly a one-off episode about a smaller-scale conspiracy, but it gave hints at the larger arc of the season. It also brought back (a version of) one of the show’s fan-favorite trio of geeks who frequently showed up to help Mulder, the Lone Gunmen.

Now THAT is how you do an #XFiles episode. pic.twitter.com/jWvguDJqjr

Now that is what I call a #XFiles episode. Thank you, Glen Morgan. That was hands down delightful. That is how I like my Mulder and Scully. @GillianA and @davidduchovny killed.

Also Read: 'X-Files' Refresher: Who Were Langly and the Lone Gunmen?

While many fans seemed happy with the return to form of “The X-Files,” a few admitted that this one — which concerned a computer simulation where people’s minds were downloaded without their consent and forced to help the bad guys — didn’t make a ton of sense.

So what basicly happened on the #XFiles? @Fox

Who else is confused watching the X-Files this go around? Anyone? Mulder? Scully? #XFiles

Can @thexfiles not leave me confused/ concerned/ heartbroken after every episode !! #xfiles

#XFiles [the ending of this episode]

The episode ended with Mulder and Scully managing to destroy the simulation, only to discover that there were backups, and all their work hadn’t really saved anyone. But fans of the original series will remember that episodes with those downbeat, confusing endings were often par for the course. In fact, those elements might be why so many people liked this one.

At least this #XFiles ended the traditional way. – With the conspirators getting away and the evidence of whatever Mulder & Scully were investigating disappearing. And of course there are backups – it’s a server! #TheXFiles pic.twitter.com/pj2p7uie6S

Also Read: There's a Secret Message Hidden at the End of 'The X-Files' Season 11 Premiere

At least all those evil server backups mean somebody listened to their company’s IT pro, though.