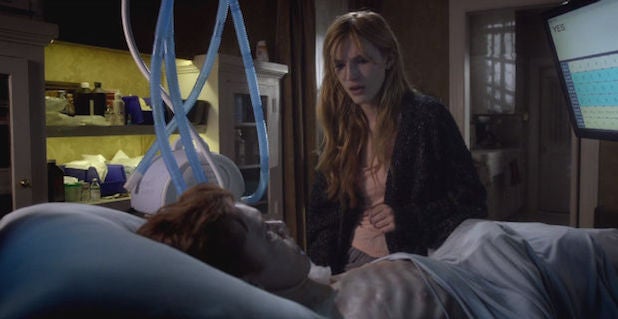 Amityville Horror Enterprises, which owns the rights and IP related to the Amityville Horror House, said in a Delaware bankruptcy court filing on Wednesday that the rights to films and TV shows ba’sed on America’s most haunted house should revert back to the company after The Weinstein Co. failed to meet certain requirements.

Hopefully Lantern Capital, TWC’s stalking horse bidder in bankruptcy, isn’t planning to produce a slew of movies based on the Amityville Horror House.

Amityville Enterprise is insisting that the rights should not be included in the TWC bankruptcy sale. Their argument hinges on the delayed production, and the deferred release of last year’s “Amityville: The Awakening.”

Also Read: Annapurna, Plan B Team Up for Film About NY Times Investigation Into Harvey Weinstein

Under the terms of a 2011 options-purchase agreement, TWC was supposed to start production on another film based on the Amityville Horror House 45 months after principal photography for “Amityville: The Awakening” ended.

The filing claims that principal photography was completed on May 4, 2014 and that the 45-month window closed Feb. 9, 2018, before The Weinstein Co. filed for Chapter 11 bankruptcy.

The rights were suppose to revert back to Amityville Enterprise, the court documents state.

Amityville Enterprise isn’t alone in trying to pry an asset from the TWC bankruptcy sale. Notably, the producers of Armie Hammer’s “Hotel Mumbai” said in April they nixed their deal with TWC before the company filed for bankruptcy, and therefore shouldn’t be included in the asset fire sale.

The question of who will wind up with TWC and its assets seems to be up in the air right now anyway. On Tuesday, after the deadline for bids, TWC said that Lantern Capital was the winning bidder. But not before Broadway producer Howard Kagan and his company Inclusion Media had made a bid for TWC, albeit after the deadline.

The creditors committee for TWC, then pushed the company to revisit Inclusion Media’s bid, which on Wednesday was upped to $325 million. The initial bid was below Lantern Capital’s $310 million.

The next scheduled hearing is the bankruptcy auction on May 4.