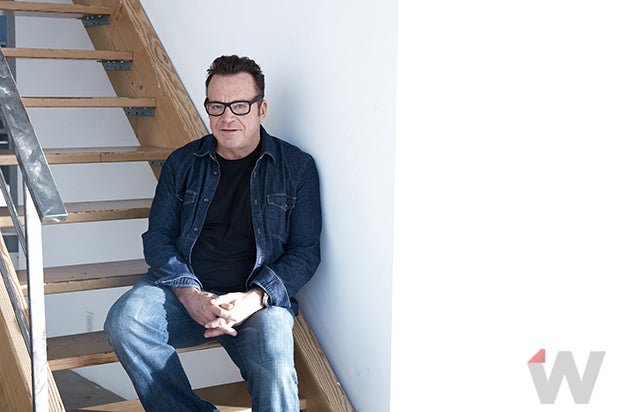 Roseanne Barr’s ex-husband Tom Arnold said Tuesday he has a “ton of respect for Bob Iger” for the Disney CEO’s decision to cancel “Roseanne” after the star fired off racially charged tweets earlier Tuesday morning.

“Ton of respect for Bob Iger,” Arnold said. “Tough decision with financial consequences for his company but right for America….umm..now don’t bug Bob but maybe someone else find out if I’m still banned from all of @ABCNetwork for calling Roseanne Barr out first on her racist conspiracy tweets?”

Ton of respect for Bob Iger. Tough decision with financial consequences for his company but right for America….umm..now don't bug Bob but maybe someone else find out if I'm still banned from all of @ABCNetwork for calling Roseanne Barr out first on her racist conspiracy tweets?

Earlier on Tuesday, Barr responded to a Twitter thread about Barack Obama’s former advisor Valerie Jarrett, saying that “muslim brotherhood & planet of the apes had a baby=vj.” Barr later apologized for what she called a “joke.”

“I apologize to Valerie Jarrett and to all Americans. I am truly sorry for making a bad joke about her politics and her looks,” she said. “I should have known better. Forgive me-my joke was in bad taste.”

Her comments drew quick backlash and the hashtag #CancelRoseanne. ABC Entertainment president Channing Dungey said in a statement on Tuesday: “Roseanne’s Twitter statement is abhorrent, repugnant and inconsistent with our values, and we have decided to cancel her show.”

Iger later tweeted out Dungey’s statement, and said “There was only one thing to do here, and that was the right thing.”

In the hours since the cancellation, several distributors have canceled reruns of the show, and cast members have distanced themselves from “Roseanne”‘s titular star.

Executive producer and co-star Sara Gilbert said that Barr’s comments are “abhorrent and do not reflect the beliefs of our cast and crew or anyone associated with our show.”

“This is incredibly sad and difficult for all of us, as we’ve created a show that we believe in, are proud of, and that audiences love- one that is separate and apart from the opinions and words of one cast member,” she said.