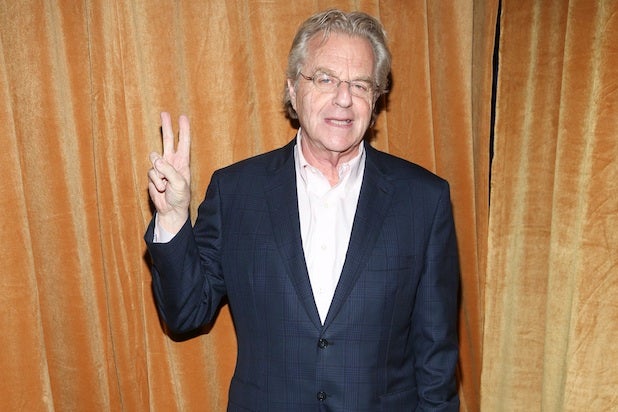 “Jerry Springer” will move to The CW this fall, where it will air any remaining episodes that have been made but not aired yet, along with repeats. The show will also air repeats in traditional syndication on other TV stations that NBCUniversal already had deals with.

The insider notes that, while NBCU is not currently making any new episodes, The CW has the option to order new original episodes.

“The Jerry Springer Show” debuted Sept. 30, 1991, though the show’s longtime viewers probably wouldn’t have recognized it. At first, “Springer” was meant to be more of a serious, political talk show in the same vein as “Donahue.” Before he was a talk show host, Springer was a lawyer and campaign advisor for Robert Kennedy. He unsuccessfully ran for Congress in 1970.

But after low ratings during the first few years, the show morphed into the version many watched for 27 seasons, a so-called “conflict talker” that featured more provocative topics and on-stage fighting.

Match the totally unhinged quote with the person who said it

We give you the insane quote, you tell us who said it. Ready? Here we go.