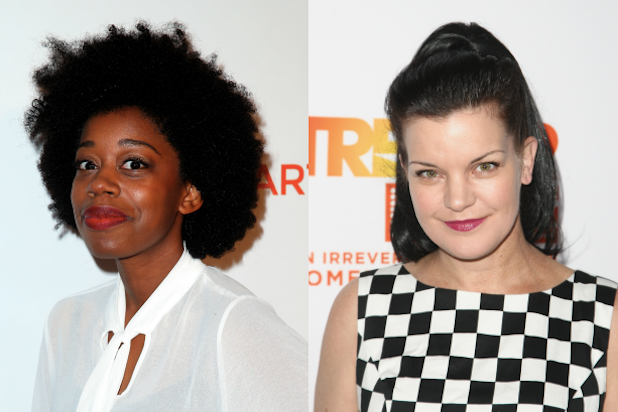 Diona Reasonover has some big shoes — or combat boots — to fill.

The actress has been promoted to series regular for “NCIS” Season 16 after having previously guest starred in three episodes of the drama, a representative from CBS told TheWrap.

Her character, Kasie Hines, replaces forensic scientist Abby Sciuto, the fan favorite played by actress Pauley Perrette for 15 seasons. Kasie was originally hired as a graduate assistant before receiving Abby’s blessing to join the team and the lab.

Perrette’s brilliant pigtailed, goth-chic character said her final goodbyes to the NCIS team in May after a close brush with death and the actual death of her colleague in last season’s episode, “Two Steps Back.”

At the time, Perrette was the most-liked female primetime star on TV, according to the Q Scores Company. Other crime show actresses, such as “Law and Order” star Mariska Hargitay and “Criminal Minds” actress Paget Brewster also placed behind Perrette in the top 10.

Reasonover’s other guest starring roles include “2 Broke Girls” and “Grace and Frankie.”

An alumnae of the CBS Diversity Showcase, she wrote and performed in the 2014 performance and was the head writer in 2015. Her writing credits include the Emmy-nominated “I Love You, America,” “I Love Dick” and “Adam Ruins Everything.”

Reasonover is repped by CAA.