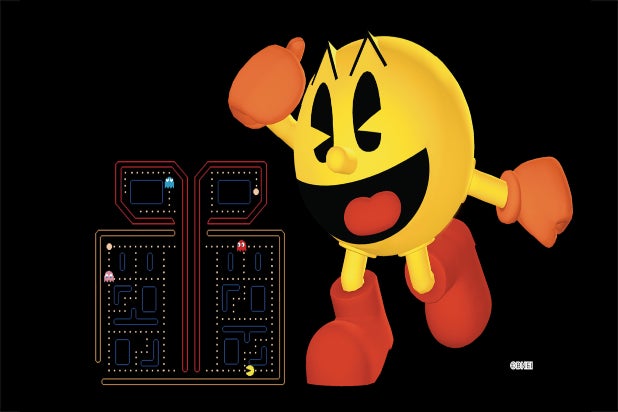 “Pac-Man” was released in arcades in Japan in 1980 and ported to Atari consoles in 1982. Work on the game began in 1979 and took one year and five months to complete, the longest video game development period in history at the time. A mobile version of the game was created in 2001 and the iPhone version created in 2009 still exists today — the original mobile “Pac-Man” game was one of the first mobile titles made by Namco.

Lead game designer Toru Iwatani told Gamasutra in 2009 that the Japanese game title was originally “Puck-Man,” but the developers changed the name for fear that the name would be altered to be more profane.

Bandai Namco’s “Join the Pac” video released Friday is an ear-popping electronica beat made with sounds from the original game. Namco also released a digital album of music inspired by and featured in the games. The iconic sounds of “Pac-Man” have barely changed in its four decades of play, the same as its graphics — the iconic Blinky, Pinky, Inky and Clyde ghosts, power pellets and fruit power-ups are recognizable to players of all ages.

Watch the video and see tweets from “Pac-Man” fans around the world below.

Should you be excited for Pac-Man’s 40th Anniversary? pic.twitter.com/9tJ8vltvnj

I've got a couple:
Namco Museum on the PS2 is one of my fond childhood memories (one time, I drew those Pac-Man images on the pause screens), I got myself a rare Pac-Man collectible for my last birthday, and I used to draw up tons of Pac-Man stories (or at least included him) pic.twitter.com/1yenG3CkCA

Remaster them! Unless, they took all that free times to Remake all world games!? Who knows at this point anymore ???? pic.twitter.com/tUbnUsjoLc