“It’s mind-boggling, the movie,” del Toro (below) told TheWrap, confessing it was his fourth viewing of the film. “I think it is one of the most beautifully designed, elegant, powerful, sci-fi movies. It has certainly taken what he created in ‘Children of Men’ and pushed it even more.” 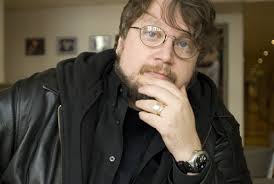 “Children of Men” was Cuaron’s 2006 brilliant dystopic thriller about a world in which women can no longer give birth, and a group of renegades fight to protect a newborn.

Del Toro (“Pan’s Labyrinth”), a longtime friend of Cuaron who commonly shares his notes and gets notes on his own work back, said it was hard for him to give feedback on the technically groundbreaking film, almost all of which takes place in zero gravity.

Bullock and  Clooney play astronauts stranded above the earth when debris from a satellite sends them hurtling through the void. The film required lots of technical innovation, along with old-fashioned techniques like painting Bullock’s space suit into the frames.

“I gave him ideas, he gave me ideas,” del Toro said. “From the very get-go from early simulations I knew it was going to be (special). The tricky thing in giving any notes was the process he used, which was a malleable process. ”

He added: “What I love about it is he’s ultimately doing a genre movie that is working, in his own unique way.”

Ultimately, said del Toro, his friend’s work inspired him. “I can go back to almost 30 years ago, more than 30 years ago, when we met, and we have the exact same relationship. When I see his work, I want to be a better filmmaker, I want to push myself.”