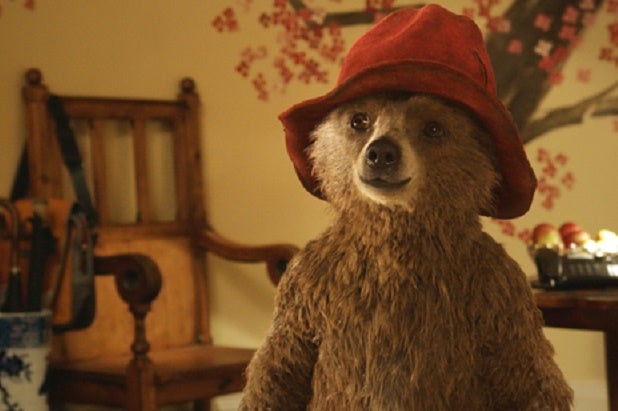 Are American audiences ready to make the U.K.’s Paddington Bear a movie star, given their fondness for homegrown furry heavyweights like Ted, Baloo and the Kung Fu Panda?

In his familiar floppy hat and duffle coat packed with marmalade sandwiches, Paddington is as polite and soft spoken as the hero of “Ted” is obnoxious and profane.

That’s helped make him beloved in his homeland, where he’s been featured in more than 20 bestselling books by Michael Bond, has his own TV show and even a prominent statue in the London train station that he is named after.

Bad manners aside, the trash-talking “Ted” made nearly $550 million at the global box office for Universal Pictures. No one is expecting “Paddington” to be in that league, even though it has made more than $40 million in the U.K. since opening in November, but it could still be a money-maker and establish a foothold for future films.

“The challenge is to make American kids aware of it,” said Erik Lomis, who heads distribution at The Weinstein Company, “and I really hope we can, because it’s a great film that we’re proud to be associated with.”

TWC has gone out of its way to raise the Brit bear’s profile, even landing a “Paddington” balloon in the Macy’s Thanksgiving Day parade. And the movie’s soundtrack includes “Shine,” a single from Pharrell Williams and Gwen Stefani, and Lomis said that should help.

Studio Canal financed the $55 million family film, the most expensive ever for the French company, and David Heyman of “Harry Potter” fame is the producer. “Paddington” was originally a Warner Bros. project, but when it dropped out, Studio Canal stepped in. TWC came aboard as U.S. distributor soon after.

Americans will be more likely to buy into the bear if the film works, and critics think it does. It is at a sterling 97 percent positive on Rotten Tomatoes after 39 reviews.

“Paddington” was originally set for a Christmas Day release. Lomis said TWC moved out of the holiday season and into the Martin Luther King Jr. holiday weekend to avoid competition with other family films. It will go up against the Kevin Hart comedy “The Wedding Ringer” and Universal’s hacking thriller “Blackhat.”

“Paddington” could get a boost from the Masterpiece Theatre’s hit historical drama, suggested Phil Contrino, senior analyst at BoxOffice.com. His site is projecting a $25 million opening for the film over the four-day MLK weekend.

“A lot of parents love ‘Downton Abbey,’ and we know they often call the shots as to what their kids see, so having one of that show’s leads in this film should only help,” he said.