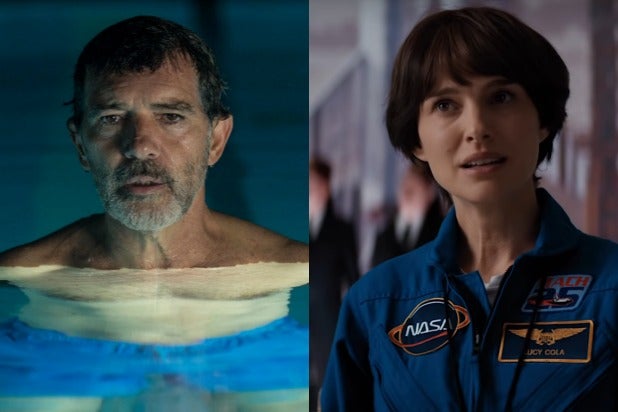 Two top Hollywood stars had their latest films hit arthouse theaters this weekend, with each finding very different fates at the box office. While Antonio Banderas’ “Pain and Glory” earned the top per screen average of the weekend, Natalie Portman’s “Lucy in the Sky” fell to Earth after receiving poor reviews.

“Pain and Glory,” the latest film from famed Spanish director Pedro Almodovar, has received critical acclaim since its May premiere at the Cannes Film Festival, where Banderas received the Best Actor award. Released by Sony Pictures Classics on four screens in Los Angeles and New York, the film grossed $160,087 for an average of $40,022. It’s the largest per screen average for a SPC release since the Oscar-winning “Call Me by Your Name” in November 2017.

“Pain and Glory” stars Banderas as Salvador Mallo, an acclaimed director whose failing health has paralyzed both his career and his social life. After a series of encounters leads Salvador to reflect on his childhood and the sacrifices made by his mother (Penelope Cruz), he slowly finds the inspiration to move forward with his life and with a new film. Critics have given the film a 96% score on Rotten Tomatoes.

Meanwhile, “Lucy in the Sky” was released on 37 screens in five cities by Fox Searchlight but only grossed approximately $55,000, for a per screen average of approximately $1,500. Starring Portman as an astronaut who struggles to readjust to life on Earth, the film boasts a strong supporting cast with Jon Hamm, Zazie Beetz and Dan Stevens but was panned by critics with a 27% Rotten Tomatoes score.

It’s a tough setback for Fox Searchlight, which found success with their widest release ever, “Ready or Not,” which has grossed $48 million worldwide against a $6 million budget. Fortunately for the indie wing, they have a chance for a quick rebound in two weeks with the release of “Jojo Rabbit,” the winner of the audience award at the Toronto International Film Festival.

Also releasing this weekend was “My People, My Country,” an anthology collection of seven short films by Chinese filmmakers to commemorate the 70th anniversary of the People’s Republic of China. The film was distributed by China Media Capital on 70 screens and grossed $970,000 for a per screen average of $13,744.

Next weekend will see the release of one of the most acclaimed films of the year: “Parasite,” the seventh film from Bong Joon-ho and the first Korean film ever to win the Palme d’Or at Cannes. The film is expected to be the frontrunner for Best International Film at the Oscars and could be a potential Best Picture nominee, currently holding a 100% Rotten Tomatoes score with 118 reviews logged. NEON is handling the film’s limited U.S. release.