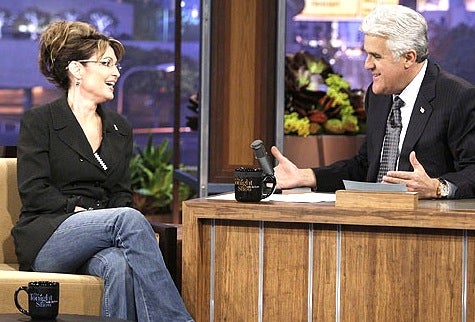 Jay Leno’s "Tonight Show" held steady in night two, averaging a 1.6 rating in adults 18-49 vs. a 1.0 for "Late Show with David Letterman," according to fast national Nielsen data. Letterman was down a tenth.

Leno also dominated in overall viewers, though down a bit from Monday.

Tuesday’s "Tonight" got a double boost: Sarah Palin was a guest, and NBC had a solid primetime lineup with "Biggest Loser" and "Parenthood."