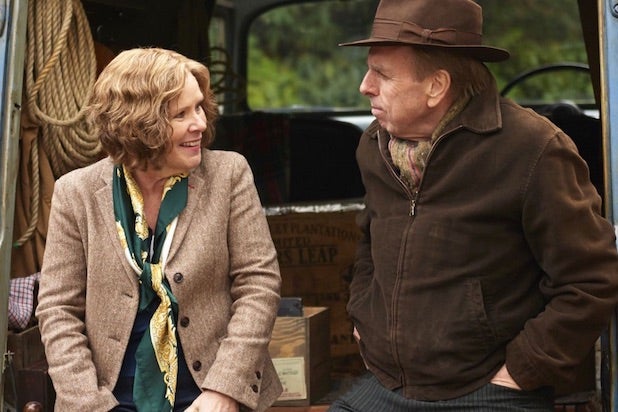 “Finding Your Feet,” “Skid Row Marathon” and “Félicité” are among the films that have won awards at the 2018 Palm Springs International Film Festival, which concluded on Sunday.

The three films that won the Palm Springs Film Festival FIPRESCI awards from a jury of film critics are all on the Oscars’ nine-film shortlist in the Best Foreign Language Film category. Senegal’s “Félicité” won the award for the best foreign-language film at the festival, while the best-actor and best-actress awards went to “Nakhane Toure from the South African film “The Wound” and Daniela Vega from the Chilean drama “A Fantastic Woman.”

The awards were chosen from the more than 40 Oscar foreign entries that screened at the Palm Springs Film Festival from Jan. 4-14.

The New Voices New Visions Award, which a jury awarded to the most distinctive new director to emerge in the past year, went to Danish director Milad Alami’s “The Charmer,” about an Iranian man who tries to gain Danish citizenship by seducing women. The honorable mention went to Léa Mysius for the French film “Ava.”

The John Schlesinger Award, which goes to a debut feature documentary, went to Viktor Jakovleski’s “Brimstone and Glory,” which deals with a massive fireworks festival in Mexico.

The Cine Latino Award was given to Laura Mora’s “Killing Jesús,” with “A Fantastic Woman” taking honorable mention.

And the HP Bridging the Borders Award went to another shortlisted foreign film in the Oscar race, Ziad Doueiri’s Lebanese drama “The Insult.”

Screenings of all the award winners will take place on Monday, Jan. 15.