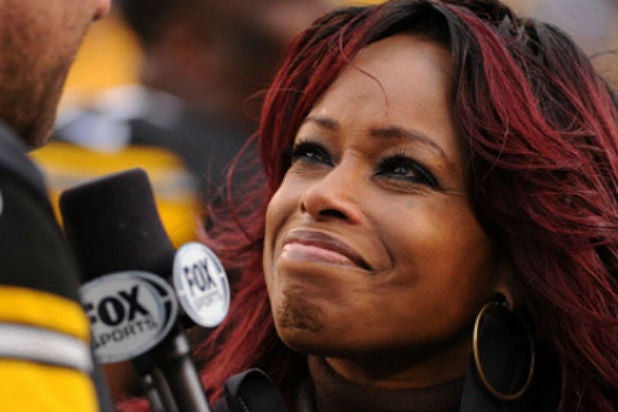 When Fox kicks off its NFL coverage on Sunday, Pam Oliver will not be in the prime role that she has held for almost two decades.

The 53-year-old sports reporter has been replaced from her usual spot on the field by “Dancing With the Stars” co-host Erin Andrews, with Oliver being moved to the number two Fox team with Kevin Burkhardt and John Lynch.

The official announcement sent ripples through the sports world when it was reported by Sports Illustrated in July, and now Oliver has broken her silence on the issue in a new interview with Essence magazine.

“Even before my bosses told me what was going on, there had been rumblings that my days as a sideline reporter were coming to an end,” she told Essence, after Andrews was hired from ESPN two years earlier. “I knew they hadn’t brought her on just to be a benchwarmer.”

Rather than getting caught up in a catfight, Oliver’s colleagues credited her for the classy way she handled the situation as she kept her head down and did her job, but “still, I was humiliated.”

Finally by April, her bosses called a meeting and flew out to look her “in the eye” when they delivered the news that there would be a “change of direction within the company” and she would be working on Fox Sports 1, the secondary cable sports channel that launched in 2013, to work on specials and longer form stories.

The only hitch was Oliver wanted to stay on the sidelines interviewing players and coaches in the middle of the action. “It was important to me to have a twentieth season — to end on 19 is wack! I wanted 20,” revealed the veteran reporter who joined Fox in 1995 as part of the network’s number-one broadcast team of Joe Buck and Troy Aikman. Oliver was eventually given a role on the sidelines for her final year, but not with her usual crew, and she said having the trio split up after over a decade was difficult. “It hurt,” she admitted.

With 36-year-old Andrews taking the top role and Oliver being demoted, the African-American reporter was repeatedly asked if she thought it was anything to do with race. “No. I definitely do not,” she replied steadfastly. Whether it was because of the 17-year age difference, “Well, maybe,” she confessed. “The business is very demographic-oriented. As one executive said to me, Fox Sports will look radically different in the coming years. I assume that means they want to look younger.

“It’s not difficult to notice that the new on-air people there are all young, blond and ‘hot.’ That’s not to say that Erin isn’t capable,” she said of the “Dancing With the Stars” host who began her career in 2000 at Fox Sports Florida, before joining ESPN in 2004.

“She’s also popular on Twitter and social media, so I can see how that would also make her highly sought after. Still, covering the NFL is a big deal,” Oliver went on to say. “Stations like ABC and NBC entrust their programming to veterans. So when people talk about all networks making a turn to a particular type of girl on the sidelines, it doesn’t hold water.”

For a while Oliver admitted she was initially “lost in sadness,” she understands that she has a lot to be grateful for. “At times I’m ashamed of how tragic I was making things out to be. It’s just a job change. I’m not out on the streets. I’m not unemployed. Everybody wins: Fox gets its coveted reporter in the lead role and I get to do my sideline job for my twentieth and final year.

“I love being on the sidelines. I love the ins and outs of the game. But I’m headed into this season knowing it’s time to say my good-byes,” she said, before heading to the field on Sunday. “I’m going savor every moment.”

A spokesperson for Fox Sports told TheWrap: “We are looking forward to another great NFL on FOX season and once again, Pam is going to be a huge part of our overall success.”

Erin Andrews’ representative has also been contacted for comment.