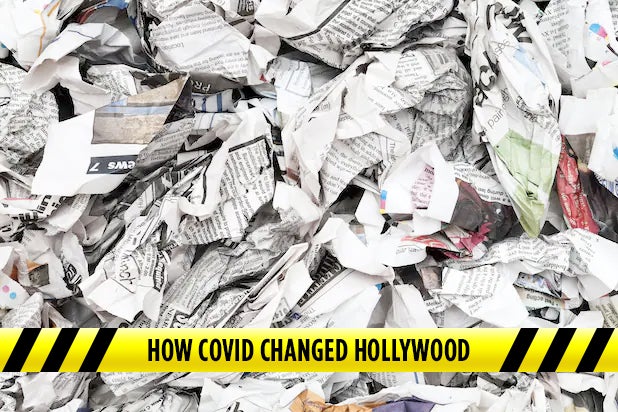 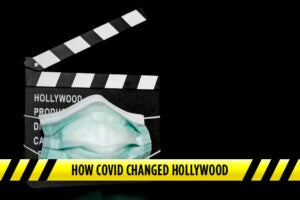 COVID Turned Hollywood Sets Into Doctors Offices, But When Will the Masks Come Off?

How the Pandemic Has Accelerated the Decimation of Local News Outlets

How COVID Changed Hollywood Special Report: More than 60 local newsrooms have shuttered since the start of the pandemic

Last March, on the day California entered its first stay-at-home order, the entire staff of Easy Reader News was laid off. The Hermosa Beach weekly’s staff of 12 — four reporters, two office managers, two advertising representatives, an art director, bookkeeper, associate publisher and publisher — were all taken off the payroll as the paper shifted to a volunteer model.

“This is not the first time since Easy Reader’s founding by a volunteer staff 50 years ago that the staff has been laid off. And it will not be the last time. The paper will come back, as we all will, only to be overwhelmed by a new, unforeseen challenge. And then to rise again,” Easy Reader’s publisher and owner, Kevin Cody, wrote in a public memo at the time. “Now is a hibernation period. We are conserving our resources until the weather warms, as it always does.”

But for some other local news outlets, a hibernation period was simply not possible.

Despite the urgent need for local news outlets to provide relevant information to residents about COVID-19, more than 60 local newsrooms have shuttered since the start of the pandemic, according to the Poynter Institute, a nonprofit journalism think-tank.

Like Easy Reader, newsrooms that did manage to stay afloat often did so through deep staffing cuts. A record 16,160 jobs were cut across broadcast, digital and print news, according to a study by the global outplacement firm Challenger, Gray & Christmas.

“It’s a scary time for everybody. There are a lot of unknowns,” Elizabeth Osder, principal of the media consulting firm The Osder Group, told TheWrap. “And it’s incumbent on people to really hunker down on the fundamentals of what matters most about the journalism that they do.”

Jeremy Gilbert, the former director of strategic initiatives at The Washington Post and a professor at Northwestern University’s Medill School of Journalism, also blamed much of the recent deluge of media layoffs on private equity owners who have purchased media companies but have not been “growth-focused.”

“It does not mean that it would be easy to grow these businesses if the private equity owners were growth-focused. But when you’re not growth-focused, if the way that you’re going to wring profit out of the business is by cutting, then we’re just going to see more and more layoffs because the layoffs will bring more layoffs,” Gilbert said. “When you cut the newsrooms, when you cut the advertising staff, when you cut the technology staffs, when you transition companies from being new product focus to being cutting focus, then you’re going to have less to offer, and fewer people will want to pay to subscribe and fewer advertisers will want to be there, and then you’ll have to keep cutting.”

Also Read: 3 Lessons for Newsrooms to Survive 2nd Year of the Pandemic 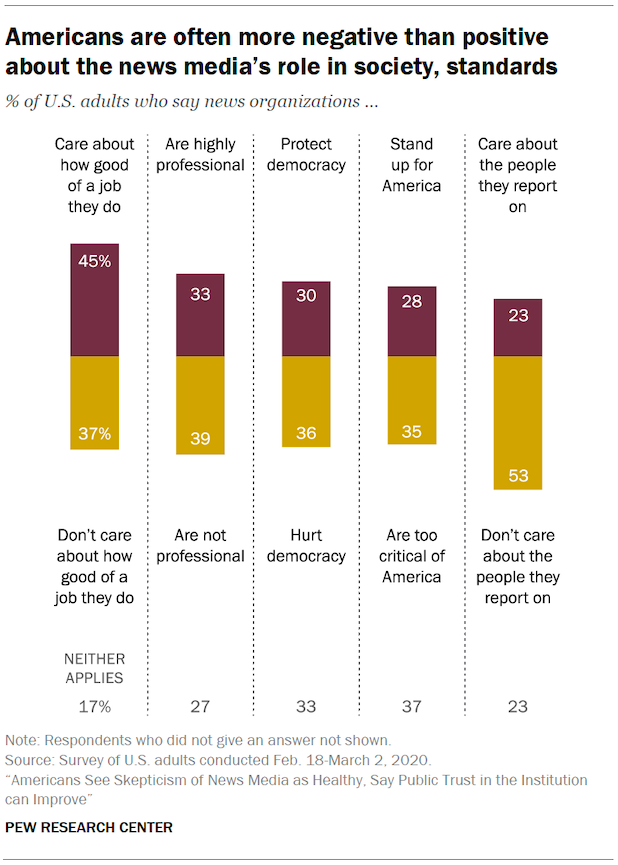 Still, the closures and layoffs of the past year follow recent downward trends in local news, which have struggled to remain financially sustainable due to the decline in print sales and advertising. Since 2004, the U.S. has lost 2,100 — or one quarter — of its local newspapers, according to a report on news deserts from the University of North Carolina’s Hussman School of Journalism and Media. Of the nation’s 3,143 counties, more than 200 do not have a newspaper or alternative source for credible information on important issues, while half of the counties only have one newspaper, the report found.

These losses come at a critical time when accurate and useful information, especially about the pandemic, is clearly needed even as trust in the news media has declined. Trust in journalism is “significantly, positively correlated” with the percent of the population who say their local news outlets “mostly cover the area where they live” and increases voter turnout, according to a study from the Knight Foundation, Google News Initiative and Democracy Fund. But communities with more racial and ethnic diversity have fewer news outlets and, as a result, trust in journalism is higher among white people than among Black, African American, Hispanic and Latinx people, according to the study.

Meanwhile, the pandemic has forced all news organizations to confront the industry’s over-reliance on ad dollars.

A survey of 234 media executives and leaders across 43 countries found that publishers cited an average of four different revenue streams as being “important” or “very important” to them. Though publishers listed subscriptions as the most important, display and native advertising were still highly ranked on the list of priorities, followed by events and ecommerce.

“Trying to play a game where you wring a little bit more revenue out of Facebook, or out of Google, or try to manipulate Facebook and Google traffic to your benefit, we’ve come to the end of that. That path just isn’t successful,” Gilbert said. “These are not pariah companies. They’re companies that are looking out for themselves and their shareholders. But it’s not enough to sustain local news as it stands. So you’ve got to find other ways if you’re competing for customers and advertising dollars with Google and Facebook as a small local news publisher. It’s not going to work.”