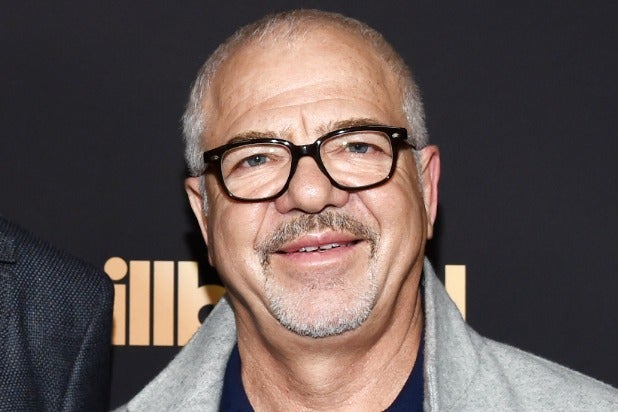 Paradigm Talent Agency on Thursday responded to fired agent Debbee Klein’s April 1 lawsuit accusing the agency and CEO Sam Gores of, among other things, breach of oral contract and whistleblower retaliation, calling the suit “self-aggrandizing and delusional” and an “Uzi-like complaint only notable for its mendacity.”

According to the counter filing, obtained by TheWrap, Gores’ former long-term assistant disputed Klein’s claim that she and Klein had ever had a conversation “regarding Gores’ supposed procurement of prostitutes, or his alleged misuse of company funds to pay for them. She also confirmed that Gores never asked her to procure a prostitute for himself or anyone else, let alone to have Paradigm pay for it.”

In fact, the filing states the assistant reached out to Gores because she “wanted to help set the record straight regarding this fabricated conversation between (her) and Klein, which had never taken place.”

Paradigm also called Klein’s allegations of sexism — including claims that female employees were forced to listen to Gores’ “disgusting and lascivious comments about his sex life “– “tenuous” and “ironic.” The filing said that Klein, a 23-year veteran of the agency, herself “was accused by a male agent of sexual harassment, and reprimanded for similar behavior.” The suit does not detail the accusation against Klein, but notes that the accuser “refused to file a formal complaint for fear of retribution.”

Additionally, Paradigm is filing an arbitration demand against Klein “seeking several million dollars in damages for breach of the confidentiality and non-disparagement provisions in her 2015 employment agreement.” The counter filing noted that Klein “repeatedly agreed in writing that ‘all claims, disputes and controversies of any kind arising out of, relating to or in any way associated with her employment to Paradigm, or the termination of that employment, shall be submitted to a confidential, final and binding arbitration.”

Moreover, the agency argues that Klein’s employment agreement expired in December 2019, so Gores “had every right” to terminate her under California law. However, Paradigm said it was just “suspending her contract negotiations due to the pandemic,” which Klein did not take well.

Last week, Klein filed a suit in the Superior Court of California, less than two weeks after more than 100 Paradigm employees were hit by the company’s “temporary layoffs” amid the pandemic. The suit accused Gores of amassing “vast personal gains by running Paradigm as his personal piggybank” and says he used “Paradigm’s expense account as a slush fund to pay for his sexual dalliances with prostitutes.”

Klein’s suit also accused Gores of “repugnant and outdated sexism and demeaning treatment of women” and suggested that she had been passed over for promotions in favor of “less qualified male agents.”

Klein’s suit also accused Gores of “financial mismanagement of Paradigm, especially his disastrous negotiations with United Talent Agency, which singlehandedly torpedoed the planned 2019 merger between the two agencies.” Last June, Gores announced that he had “shut down” talks of a merger with UTA CEO Jeremy Zimmer.

In Paradigm’s counter filing, the agency calls the allegations “untrue”: “Their head-scratching inclusion in the pleading demonstrates just how little Klein has to say about her own claims.”

In its filing, Paradigm also defended its handling of Klein’s employment as well as the decision to “temporarily” laid off more than 100 of at least 600 employees over the last few weeks, including some senior agents within the movie, TV literature and music departments of the organization. Those who remain at the company have seen a reduction in payroll, all due to the cancellations and shutdowns caused by the COVID-19 outbreak.

“Paradigm intended to resume the negotiations when business returned to normal, and/or it had some realistic sense of its potential exposure,” the filing read. “Although Paradigm hoped that Klein would remain loyal to the agency in difficult times, it understood that it was taking a risk that she would seek new employment. However, Paradigm could never have anticipated that Klein would respond by filing such a vicious and incendiary complaint replete with outright lies”

In response to the most recent filing by Paradigm, Klein’s lawyers in a statement to TheWrap said: “Since disingenuously declaring a ‘force majeure’ and terminating/reducing hundreds of employees based on its ‘financial inability’ to perform on its contracts, suddenly, Paradigm has found millions of dollars to do everything possible to try and clean up Sam’s reputation. Employees that were either suspended without pay, suffered salary reductions or were terminated should be asking why the millions of dollars are being spent on the after the fact fund, the ParaTimes newsletter and motions in litigation to keep the case private instead of on their own contractural rights to payments and health insurance during this pandemic. Given these facts, it seems more like force manure than force majeure.”

Upon seeing Klein’s statement, Paradigm sent TheWrap a new statement: “Once again, Ms. Klein‘s attorney has failed to get his facts straight.  Paradigm is not spending millions of dollars to clean up Sam’s reputation, which has only been tarnished by the falsehoods in Ms. Klein‘s lawsuit.  In response to the frivolous lawsuit, filed by Ms. Klein — which is replete with false statements, as evidenced by the motion Paradigm filed today — Paradigm was forced to involve its long time law firm.  Because the lies in the lawsuit were reported in the media, it also had to involve public relations people to help interface with the media and its employees to ensure they were properly informed.  But even all of this has not involved anywhere near a million dollars, let alone millions of dollars. “

You can read the entire lawsuit below.