I’m not sure if it’s more remarkable that Paramount Pictures managed to pull off a press junket 30,000 feet in the air, or that American Airlines provided the studio with a 767 jet, gratis, to do so. 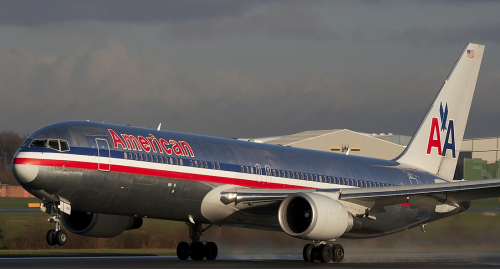 But that’s how it rolled this weekend, as the high-flying (pithy!) promotional partnership between the movie studio and the airline company took wing. (Double pithy!)

The movie, director Jason Reitman’s "Up in the Air," already has an unusually comprehensive promotional partnership that actually serves the narrative. (Note to branded entertainment managers: It can be done, with skill.)

George Clooney stars as an executive whose job it is to fly around the country and fire people. And with a secret life ambition to rack up 10 million frequent-flier miles, his airline of choice already figures as a co-starring character.

American made a savvy deal to be the airline in question, and figures prominently in the film, including its logo, planes, flight attendants (only friendly ones), lounges and frequent-flier program.

But methinks Paramount got the better end of the deal. At a time where every Hollywood penny needs to be squeezed, the studio has found millions of free marketing and production cash in Reitman’s script. In exchange for the product placement, the airline gave Reitman free filming access to its terminals, planes and the Admirals Clubs. The airline currently has a ‘Find Yourself Up in the Air’ contest going on for its frequent-flier customers.

(Interesting side note:  The L.A. Times reported last week that the partnership came together partly because the airline is represented by Rogers and Cowan, which has many Hollywood clients and works frequently with Paramount.)

If the contest and airline advertising of the film is reminiscent of  the toy and fast-food promotional tie-ins that blockbusters movies have had for years, this movie just crossed  a new threshold with this weekend’s junket.

The 767 took off from New York with a cargo full of entertainment press junketeers. They got to see the movie in-flight, hear a live performance of the group that composed the film’s soundtrack, Sad Brad, and interview the band and Anna Kendrick, who plays the young firer-in-training who follows Clooney across (well, above) the Midwestern plains.

What? No George Clooney 30,000 feet in the air? I guess for that somebody has to pay real money.